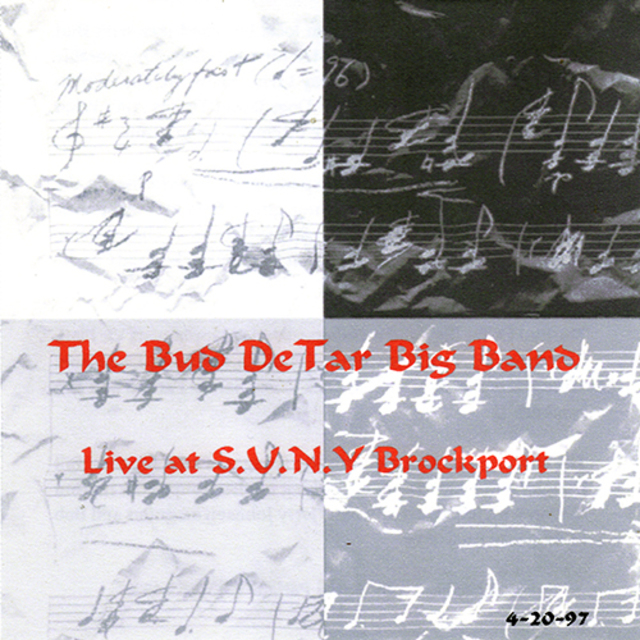 Francis E. "Bud" DeTar was a long time resident of Brockport, NY. Born in Albion, NY, in 1922 and died on November 23, 2008. A well known local musician, Bud was a graduate of Rochester's Jefferson High School (1938), SUNY Brockport and the Eastman School of Music. Bud was an Army combat veteran of World War II in Europe. He served on the faculty of the music department at SUNY Brockport. Throughout his life Bud was a performing musician and bandleader in the Rochester area, with The Dixieland Ramblers, The Gates Swingers and other popular groups. The concerts performed by The Bud DeTar Big Band at the SUNY Brockport campus, several seasons in the 1990's, were quite memorable.

Bud DeTar had over 50 years of experience as a performer in the field of jazz music. He played piano, guitar, flute and saxophone and had performed with such renowed artists as Urbie Green, Coleman Hawkins, Jimmy McPartland, Bobby Hackett and Charlie Shavers.