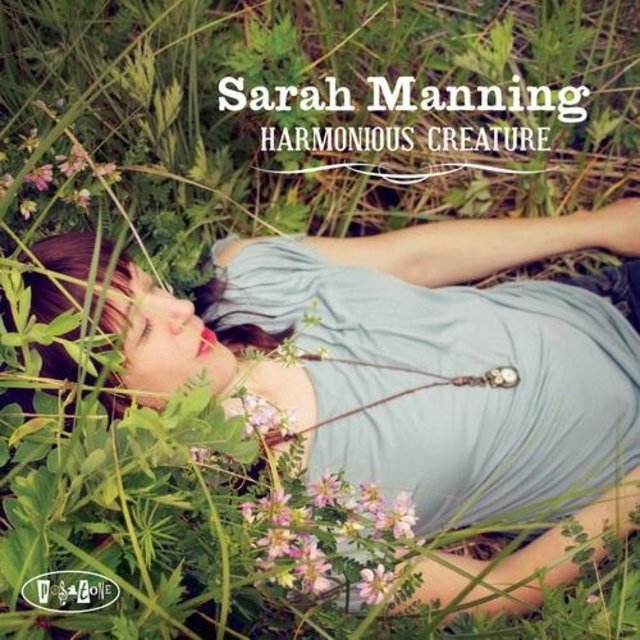 In order to create the music for Harmonious Creatures, saxophonist Sarah Manning had to put the hustle and bustle behind her. She picked herself up and took to the woods, composing and communing with nature at the MacDowell Colony in New Hampshire where she was living out her time as a MacDowell fellow in October of 2012. The time she spent at that artist's refuge gave her a chance to reflect, bridge worlds, and blur lines in her compositions. The serenity of the woods and the constant motion of modern day life now come together as one in her work.

Harmonious Creatures presents a more emotionally balanced voice than the one heard on the critically acclaimed Dandelion Clock (Posi-Tone, 2010), but the already-established tart-toned and acerbic nature of Manning's horn still shines through here; it's just seen in a different light now. On Dandelion Clock her horn stood out in sharp relief against the piano trio that worked with her, but here her horn is fully integrated with the other aural elements at play. Violist Eyvind Kang, perhaps best known for his work with guitarist Bill Frisell, joins Manning in the front line and operates in a similar sonic space; never have a viola and alto saxophone sounded so in tune with one another. The other X factor here is guitarist Jonathan Goldberger. His hallucinatory twangs and strums add volumes to the musical atmosphere; when all three parties converge, collide or cross paths, the resultant music is heady and spellbinding.

Manning's work can be alluring, focused, and free spirited all at once ("Three Chords For Jessica"). Her never-derivative saxophone blowing can be barbed ("Floating Bridge") or beautifully direct ("I Dream A Highway"), and her boundless creativity often surfaces in the most surprising of places (Neil Young's "On The Beach"). Her simpatico band mates mirror her mood swings and follow her through the highs and lows here. Sonic thickets abound, but so do clearings in the pasture.

Sarah Manning proves to be a harmonious creature herself, capable of balancing order and chaos, shadows and light, and the simple and complex without issue. In an age when many a critic has bemoaned the homogenization of saxophonists on the scene, Sarah Manning is proof that personality can still triumph over standardization; Manning stands apart from the sea of sound-alikes.
by Dan Bilawsky
Top
Post Reply
1 post • Page 1 of 1