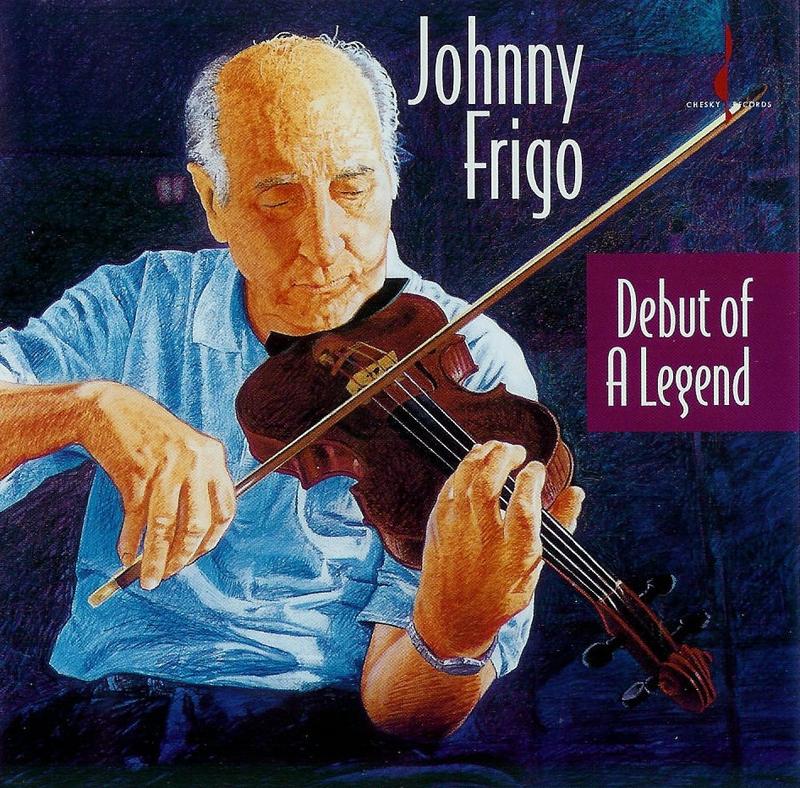 Violinist Johnny Frigo's third album as a leader (he had previously made a forgotten date for Mercury in 1957 and a Chesky CD in 1988) is his definitive set, even though he was 77 at the time. With a good supporting cast (guitarist Gene Bertoncini, Bob Kindred on tenor and clarinet, pianist Joe Vito, bassist Michael Moore, and drummer Bill Goodwin), Frigo mostly explores standards, plus two of his originals. The music, falling between swing and bop, is superior straight-ahead jazz; among the highlights are "Get Happy," "Bow Jest," "Jitterbug Waltz," and "Jeannine." Frigo's sudden prominence in his '70s (considering he spent most of his career as a bassist) was as unlikely and welcome an event as trumpeter Doc Cheatham's late-period triumphs.
Top
Post Reply
1 post • Page 1 of 1