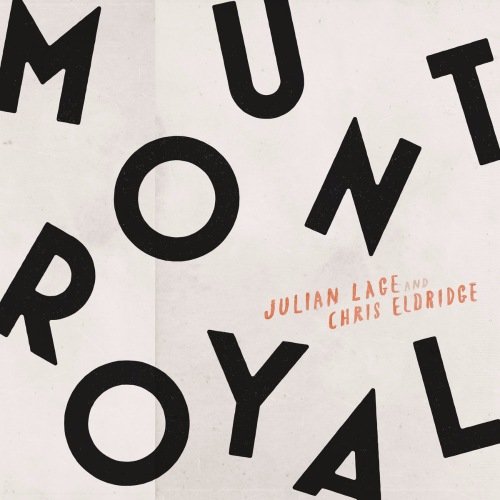 Mount Royal, the second full-length album from virtuosic guitar duo Julian Lage & Chris Eldridge, is a testament to the visceral power of incredible musicianship and true creative collaboration. Produced by Gabe Witcher (one of Eldridge’s fellow Punch Brothers), Mount Royal includes eight originals, several reimagined versions of old bluegrass songs, and a cover of Eddie Vedder’s “Sleeping By Myself” that is as engrossing as it is surprising. The arrangements on the album’s twelve, mostly instrumental tracks feature complex, rollicking guitar lines one would expect from such technically gifted players, but these moments are allowed to breathe. That is, Lage and Eldridge understand the potency of space in their compositions, and the sonic hills and valleys illustrate that greatness often lies in the unexpected. Lage’s notable jazz background is apparent, yet Mount Royal ventures into old-time, gospel and bluegrass without ever settling into one genre. The energy between Lage and Eldridge is remarkable, and Mount Royal does not fail in conveying the pair’s mutual passion for the acoustic guitar and respect for collaboration.
Top
Post Reply
1 post • Page 1 of 1