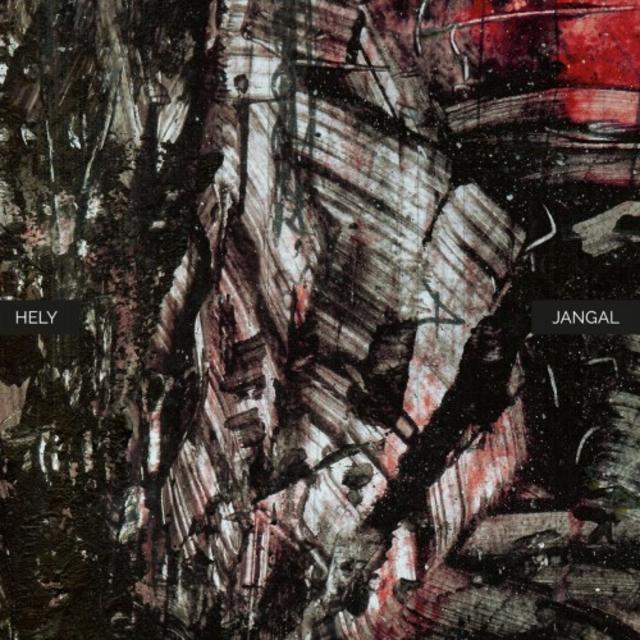 This constellation does not only appear unusual on paper, it sounds unusual as well. With their second album Jangal, Hely stand out musically and formally in the landscape of European jazz-piano bands. What makes the artful interaction of the young duo from Zurich so unique is - amongst other aspects - the profound understanding of the respective counterpart. Pianist Lucca Fries also learned drums from early on and had instruction on his second instrument during his studies. Likewise, drummer Jonas Ruther sat at the piano as a child and to this day still plays it “passionately”, to say in his words.

So it is a more than intuitive closeness that is reflected in Hely’s compositions. It manifests itself in the tight interlocking of the instruments, in a multifaceted sound and the infectious rhythmic flow. Meandering lines let classical minimalism flash up on the horizon. Dynamically swelling figures and acuminating staccatos arouse an almost trance-like atmosphere. With somnambulistic certainty, piano and drums move between clarity and complexity, between interesting harmonies and timbres. Open structures intensify slowly, but inexorably; a direct, but never overly flaunting energy inevitably draws the listener into Hely’s oscillating universe. And in between, calmer atmospheric parts offer space for contemplation.

The unconventional aesthetic of the duo draws inspiration from various sources, but uses influences only as impulses for an altogether personal expression. Hely don’t concern themselves with dogmas or fashions. At first, some five years ago, they occasionally used electronic effects, yet on their first album Rapture they had already decided to play completely acoustically. “The possibilities of our instruments seemed inexhaustible to us and we wanted to explore in this direction. Therefore we experimented a lot, for instance with preparation of our instruments, to achieve an interesting diversity of sound without the electronic aid. On our new album we largely do without such preparations, in favor of the compositions.”

Fries and Ruther came to jazz music independently from another, yet in astoundingly similar ways. “My father worked as a piano teacher and already as a young child a I heard him play Bach and improvise,” Lucca Fries recounts. “Thus I began - beside the classical lessons - to improvise freely after his example. At the age of seven he gave me Keith Jarret’s Köln Concert, which drew me in so deeply, that I listened to it on my Discman every night before falling asleep for months.” Jonas Ruther’s story goes like this: “With six years I absolutely wanted to play the drums, but since it wasn’t possible yet, I started out with the percussionists and got my drum set later. One day my father played me a CD of the McCoy Tyner Trio and a solo-album from Keith Jarret. They fascinated me so much, that my life virtually changed over night.” Fries and Ruther were born in Zurich half a year apart from another in 1986 and 1987, completed their masters in jazz-performance in Lucerne and their masters degrees in education in Zurich. Before they decided in 2011 to work as a duo under the name Hely, Lucca Fries had primarily played solo and in a trio. Jonas Ruther, who was playing with several jazz-bands at the time, then joined this trio.

So evidently the unusual instrumentation is not a contrived concept for Hely. “It was never our intention to irritate the audience, although that can still occur.” The concentration on piano and drums offers a tremendous potential for surprises, which the two young Swiss musicians fathom precisely and joyfully, on their incisive album and in their euphoric concerts alike. By the way: The album title Jangal means “thicket” in Farsi and was taken from the piece of the same name. “Our working title for this composition was ‘Jungle’, because it sounds like a huge anthill and snakes,” the duo tells with a laugh. All in all it is not seldom, that Hely’s music sounds like a jungle whose dense diversity inescapably fascinates and at a second glance reveals exciting details.
Top
Post Reply
1 post • Page 1 of 1