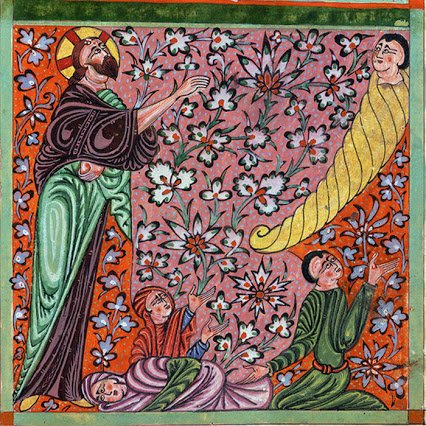 Guitarist Aram Bajakian found a fitting concept to tie together his creative ideas and the extended techniques he's been exploring: An obscure Russian movie about the 18th century Armenian poet, Sayat Nova. The resulting album, Music Inspired by The Color of Pomegranates, is pensive, layered, brilliantly virtuosic music, sometimes minimalist, sometimes orchestral, all of it created by the artist alone in the studio with his 1937 Gibson archtop guitar.

A versatile musician who spent two years walking on the wild side backing Lou Reed on his final two tours, and another year in pianist/vocalist Diana Krall's employ, Bajakian has also released his debut record, Kef (2014) on Tzadik Records, and he has contributed his talents to John Zorn's Book of Angels series on Abraxas' Book of Angels Vol. 19 (Tzadik, 2012).

Bring up Zorn's "Book of Angels" with the mention of guitarist and the name Pat Metheny is likely to come up. Metheny's own contribution to the series, Tap: Book of Angels, Vol. 20 (Tzadik Records, 2013) is a brilliant addition to the series and a groundbreaking, almost solo record (his regular band's drummer, Antonio Sanchez sits in), that examines different sonorities via multiple instruments in Metheny's arsenal. With Music Inspired By The Color of Pomegranates, Aram Bajakian takes a similar unfettered journey via his extended techniques.

Bajakian creates an alternative world here, a soundtrack from another century married to the most modern of musical attitudes. "White Horse" and "White Horse-St. Lazaurus" sound outside of time, with eerie electro-backdrops and beautiful acoustic shimmers. "The Poet's Inner World" features a wavering drone behind sharp, stinging piquant single notes that waver off into another dimension. "Dust Of the Earth" crackles and snaps behind a repeated fuzz tone note and delicate acoustic strings. "The River Has Overflown" sounds like an electric Gregorian chant rising up into the rafters.

This is one of the more innovative offerings of the year. Knowledge of the poet Sayat Nova or the movie "The Color of Pomegranates" isn't necessary—though the movie can be viewed on Youtube, with Aram Bajakian's inspired guitar work as a backdrop, an unofficial, alternative soundtrack of sorts, sounds of ancient Eastern Europe infused with Bajakian's thoroughly contemporary attitude. Music Inspire by The Color of Pomegrantes is a work unfettered artistry, an oddly gorgeous, unique hour plus of music.
Top
Post Reply
1 post • Page 1 of 1