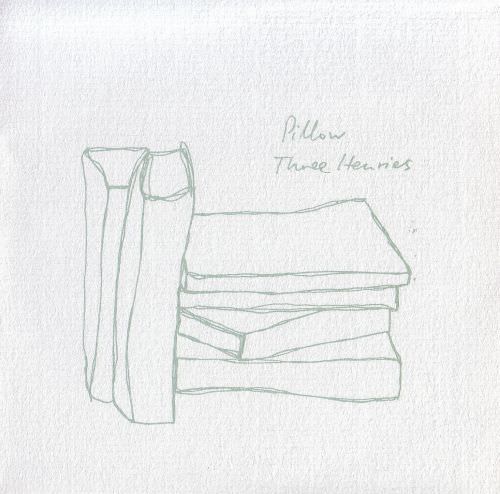 Chicago has become something of a target of late. Critics everywhere stand poised and alert, eager to be the one that drives the first nails into the coffin of a once-great music scene. They say they've grown tired of this "post-rock" nonsense-- the hybrid of Louisville-style rock, Chicago/AACM-style jazz, unusual instrumentation, and heavy experimental leanings that the city has prided itself on for the past ten years. The term itself a confused and failed attempt to ground a genre whose only constant is change. They claim that Chicago has gone stagnant, and grown too comfortable and reliant on the same formula of lazy-but-upbeat songs, pointing to a market overstuffed with TNT rip-offs where once there had been such variety. And all this was before Jim O'Rourke-- once a lynchpin of Windy City musical circles-- went east, accepted a full-fledged membership in Sonic Youth, and started ranting to glossy-paged hipster music magazines abut the death of creative music in Chicago.

The fact is, if post-rock was all Chicago has to offer, I'd be right in line with the other naysayers. After Scott Herren's dead-on imitation of the genre (under the name Savath and Savalas), it's hard to argue that the sound hasn't grown a bit stale. But the city by the lake is one whose music is as diverse as is its people. Contrary to popular belief, there is far more to the Chicago sound than Tortoise imposters and math-rock. Even so, the critics wait, saliva hanging from their loosed jowls, and Diamond Jim dons his finest bunny suit for photo shoots on Brooklyn rooftops. Yet, despite its many detractors, the Chicago scene is holding its own, preparing for an attack against supposed monotony, and allowing new leaders to step into the limelight, to grow and develop at their own pace.

In Chicago's war against boring music, Fred Lonberg-Holm stands on the front lines, armed with nothing but a bow, an ordinary cello and a bag of tricks to put the best of clowns to shame. Every bit as likely to contribute lush accompaniment for Freakwater as he is to play squealing noise (Lonberg-Holm did time in Weasel Walter's constantly evolving free-jazz/metal/noise/performance ensemble the Flying Luttenbachers) or to stretch the limits of avant-improvisation (take, for example, a duet this summer wherein Lonberg-Holm jammed action figures in between his strings and struck them with a modified electric toothbrush, while Michael Zerang placed cymbals atop a snare and bashed them with a vibrating dildo), there's no accusing Lonberg-Holm of solidarity. This is a man who's played with everyone.

On Three Henries, "everyone" is narrowed down to Ben Vida and Liz Payne-- one-half of the sleepy post-rock/jazz group Town and Country-- and reedist and fellow-former-Luttenbacher Michael Corrigan. It's an interesting grouping; two artists from one of the quietest groups in town making music with two compatriots of Weasel Walter. Yet, it works; the musicians are well aware of their diverse musical lineage, and, like an interracial couple who make public their love despite the screams and objections of their inherently racist families, Pillow stands unafraid to flaunt them. It's this very willingness to experiment that leads me to maintain that Chicago is still a more alive and exciting place to make music than most.

For those whose exposure to Chicago music ends with the closing notes of Standards, the sounds contained on Three Henries might be surprising. The album begins with what sounds like a distant alarm clock (I can only assume this is the dry ice and tubes Corrigan is credited with playing, though really, who knows?) and a random pluck of a guitar. Corrigan jumps in with sparse toots arranged in Spiritual-era Art Ensemble style, while Lonberg-Holm alternates between long strokes and seemingly random plucks. Ben Vida's guitar lays a background-- his playing reminiscent of the slow-building style of Brise-Glace, the musical equivalent of treading water-- while Liz Payne's bass lingers in the corner, barely audible. As the movement progresses, these dynamics shift, one overtaking the other, dynamics shifting like mad, every instrument battling all the others for the listener's ear. Surprising to some, yes. But for those of us every bit as familiar with Jeff Parker and Co.'s frequent jazz outings, this is nothing too unusual.

The eight improvisations recorded here, all untitled, juggle each player's idiosyncrasies well. It is at times slow-moving and dreamy like a Town and Country record, and at others unforgivingly discordant and jarring like so much of Lonberg-Holm's other work. Vida plays guitar and accordion. Lonberg-Holm switches off, at points, to something called the nyckelharpa. Slow moving, yet interlocking with undeniable precision, Pillow comes off as a Chicago-based tribute to John Zorn's Naked City. It's an intriguing prospect, and one that's hit or miss. For every moment that excites, there's one that lulls. This is the nature of the improvisation-- some parts will naturally be more interesting than others-- but Three Henries is improvisation properly executed; the slow parts serving only make us appreciate the exciting parts even more.

Even though Pillow's Three Henries may not be the saving grace that sets Chicago back on track, it stands as a fine reminder that the city is unlikely to go down with out a fight. It seems everyone in Chicago has played with everyone else at least once, and still the vast majority of players here-- all members of Pillow included-- maintain a remarkably intuitive grasp on their fellow musicians' explorations. This makes for interesting music, where even the less inspired moments are still worthy of a close listen. Is Three Henries likely to start another underground movement as did Tortoise's TNT? Naaaah. But it will intrigue those with an open ear, and excite those who know deep in their hearts that there's more to the Windy City than post-schlock.
Top
Post Reply
1 post • Page 1 of 1