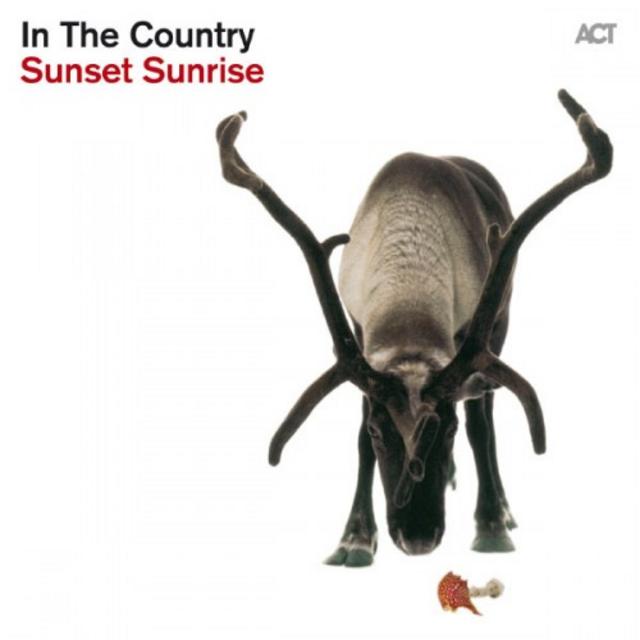 In view of the large number of outstanding Norwegian musicians, it can be easy to forget just how few people live in Norway, and how small and close-knit the music scene there is. Perhaps that is why Norwegian jazz musicians are so outgoing – a project with classical colleagues here, a pop gig there, when it comes down to it they're all friends. One good example of this is pianist Morten Qvenild. This 33 year-old from Kongsberg, who began in a big band before studying jazz at the Norwegian music academy in Oslo, has played with a remarkable variety of bands since then. The spectrum ranges from the acoustic metal-jazz quartet "Shining" and the jazz-rock bands "Jaga Jazzist" and "The National Bank" with the brothers Lars and Martin Horntveth, to the pop group "Ostenfor Sol", the formations of the singer Solveig Slettahjell ("Slow Motion Quintet") and Susanna Wallumrod ("Susanna and the Magical Orchestra"). Indeed, in the latter, he alone was the "Magical Orchestra", with various keyboard and electronic instruments.

All these influences flowed into his own trio In The Country founded in 2003, with Roger Arntzen on the bass and Pal Hausken on the drums – two fellow former students from the Oslo music academy. The trio played reams of concerts in over 20 countries over the last 13 years and has been awarded the ”Best Norwegian Young Jazz Artists” in the mid 00´s. After four internationally renowned Norwegian albums, his ACT debut "Sunset Sunrise" now proves that he has achieved a masterful reconciliation between tradition and experiment, between individuality and communal listening experience, between jazz and pop, in a way that has never been heard before.

Here too, In The Country is back on the trail of the Scandinavian blues. Alone, the ambiguous band name – does it mean the music genre or the place? – points to a special grounding of the three musicians. Not that Qvenild is particularly interested in the discussion about the "Nordic tone", but he does see the influence: "Norway's history is defined by having to make your everyday decisions yourself, simply because people live so far apart. If the wolf is at your door, it's you who has to decide whether to shoot it or not. It's not like other places where the landlord takes care of it. I think that is more definitive than most people imagine: We have always been a self-taught society, and that is also an important factor in the development of Norwegian jazz. We just did our own thing – some of it was Nordic, some wasn't. It's just about making good music out of what you are. And that's what we try to do with In The Country.”

And they succeed remarkably well: The first track "Birch Song" is first permeated by the typically sweet, chromatic minor key of Nordic music, from Edvard Grieg to Jan Garbarek through to Esbjörn Svensson – until the initially delicate, almost classical melody drifts off into quiet, menacing depths infused with squeaking sounds and dark chord storms. "Birch" doesn't only stand for the tree, but also for the birch rod used for public castigation, and hence for pain, Qvenild cheerfully notes. Also "Derrick", inspired only vaguely by the television series of the same name, contrasts its initially almost mechanistically introduced theme with an unreal clicking sound, until it overturns into a bouncing groove fired on by resounding chords.

Even when Qvenild distorts and extends the sound of the grand piano – at concerts he likes to install a board of pickups with which he can control sound files on the laptop from the piano – when he occasionally branches off on an improvisation of wild scales like on the title track, when he adds whirring complements from the digital world, when the mostly calm tempo involuntarily accelerates, it's not because he wants to test the extremes. It all remains natural, grounded by a calm pulse and melodious despite all complexity. Qvenild is a master of reduction, who can carve out the kernel of a melody in elongated, dynamic, rhythmic and improvisatorial climaxes like few others – and then transform that kernel into something completely new again.

So "Sunset Sunrise" is a double masterpiece of sound aesthetics, the expression of the individual style desire of Qvenild, Arntzen and Hausken, but also a great example of the elegiac, here fading away, there flowing into a hymnal "Nordic" sound the way it has rightfully set out to conquer the world, just as we would hope that In The Country does.
Top
Post Reply
1 post • Page 1 of 1