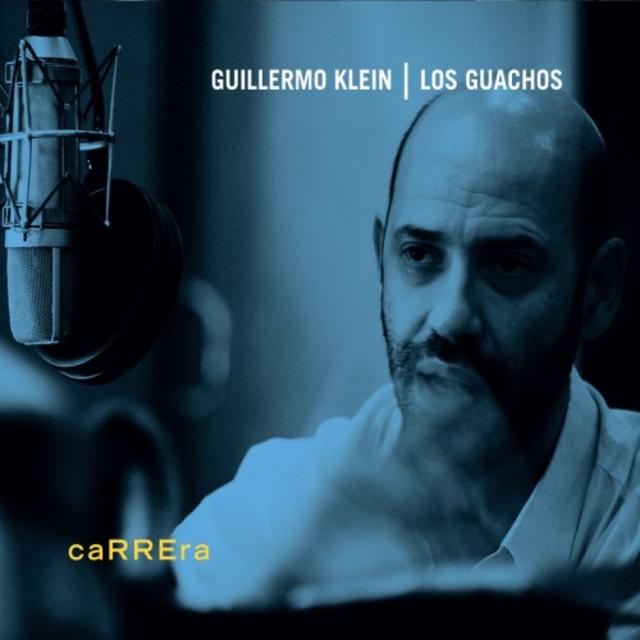 In his first recording since the magnificent arrangements of music of by Cuchi Leguizamon, Domador de Huellas (Sunnyside 2010), pianist Guillermo Klein has reassembled his main musical vehicle, Los Guachos, for Carrera. Here, Klein once again shows why he is such a master of manipulating the voices of the instruments he uses, bringing out subtle variations in tone and color. Moreover, like his mentor, Gil Evans, he is able to nominate the voices he wishes to use to express his art using a unique vocabulary and language. The result is an exercise in instrumentation and vocal gymnastics reminiscent of the great impressionists, and the creation of music that is unlike anything produced in Argentina or the United States. If anything, Klein's music has a strong European flavor and this informs his deeply personal musical relationship with his Argentinean roots.

From the very first bars of "Burrito Hill," it is clear that Klein is profoundly attracted to "tradition" and sees himself as one who expounds the musical beauty that exists in his Argentinean milieu. Moreover, what he creates is an extension of that tradition he so admires, not just in terms of melodic, harmonic and rhythmic content, but more broadly in terms of keeping the historicity of music alive; here he seems to continue both with the genealogy of the musicians past as well as in reimagining Argentinean forms in a contemporary setting, making them his own. His rust-colored vocals add significant charm and beauty to his music as he lets his voice dally over words and phrases in a somewhat atonal manner. This in itself is another instrument that Klein adds to his considerable ensemble. Uniquely, he is also able to guide the timbre of each and every instrument into playing with a burnished halo; thus trumpeters Diego Urcola and Taylor Haskins blend their uniquely personal voices into the weeping Ensemble, as do saxophonists Chris Cheek and Bill McHenry.

"Burrito Hill" is a spectacular tribute to Gil Evans, the man who, along with the great pianist, Bill Evans (no relation), reintroduced impressionism to the musical idiom of jazz. The feature here is the dramatic interplay between the rhythmists of the ensemble, with trumpeter/percussionist Richard Nant keeping the rhythm beautifully off kilter. "Globo" is an aching lament and it is here that Klein and alto saxophonist Miguel Zenon's vocals add remarkable color to the music. Nant's own "Ninos" is a prancing little tune based on a children's song. "Mariana" is a glorious feature in a clever rhythmic 5/4 rhythmic figure. In "Mareados," a feature composed by Juan Carlos Cobian and Enrique Cadicamo, Klein has cast his own dreamy glow on the lyrics while adding a canon for piano and guitar in a beautiful bridge attached to the composition. His idea was to create a picture where time was an illusion and this is masterfully rendered here.

Perhaps the most significant moments of the album come almost as an escalation in the second half and culminate in "Carrera," which crowns this unforgettable album from Guillermo Klein.
by Raul d'Gama Rose
Top
Post Reply
1 post • Page 1 of 1