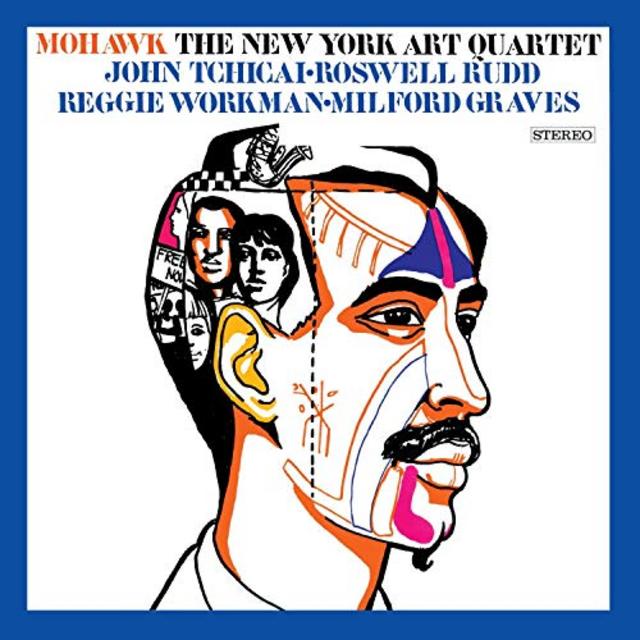 Many of the canonic jazz records—the absolutely necessary ones, urgent for any comprehensive jazz history or aspiring collection—have been issued on CD. That’s even true of the self-produced or small-label productions; consider that the signal New York underground company ESP has had most of its catalog in print—albeit sometimes in badly remastered form—almost continuously since the ’60s.

The Vinyl Freak column usually focuses on albums that slip through the cracks, rather than the major watershed events. The canon needs to be wider than it is, including all sorts of oddities. Those unusual items tell as significant a part of the story as the “classics.” The waste pail of history is, for an audio archaeologist, often more fruitful than the pantry.

But there remain a few items that should, by any account, be staples prominently placed in that pantry that haven’t been properly restocked. In the early ’60s, one of the forefront labels documenting the new jazz was a Dutch company called Fontana. A few of its important productions were reissued on LP by Freedom, enja, and Arista in the ’70s—Dewey Redman’s Look for the Black Star, for instance—but some of its early entries in the New York underground remain inaccessible. In many ways, Fontana was the sister label to Impulse! and ESP. It helped capitalize on mounting interest in free jazz in Europe, having been better distributed and more broadly collected there.

Tenor saxophonist Archie Shepp and alto saxophonist John Tchicai produced a tremendous quartet outing, Rufus, which, only ever having been reissued on French LP and in a tiny batch in Japan (where some of the rarest Fontanas have somehow made their way onto CD), joins Marion Brown’s Juba-Lee, the first record to feature pianist Dave Burrell and a tenor-only recording of Bennie Maupin, in the super-obscure Fontana category. Of Fontana LPs that have languished in obscurity, however, one is an absolute classic and should be reissued immediately. If they did they’d have to pay more historical homage to the group that made it.

The New York Art Quartet’s Mohawk was recorded in July 1965. It’s got pristine sound for a free jazz LP, having been recorded in Rudy Van Gelder’s studio, which is good because the details are meaningful. The lineup includes Tchicai on alto, Roswell Rudd on trombone, and Reggie Workman on bass. But it’s the remarkable drumming of Milford Graves that makes this record more than another nice entry in the “New Thing” discography. Indeed, this LP is a major event, perhaps the best evidence of what a totally new rhythmic concept Graves had invented, and the top recording of unpulsed drumming, bar none.

Graves was just at the point of discarding his snare in ’65, and he’s still playing it on about half of Mohawk. Anyone who questions Graves’s prowess on snare will have to reckon with this record, where his playing is as shocking and revelatory as Tony Williams on Eric Dolphy’s Out to Lunch, and perhaps more so. Listen to him start and stop on the Rudd-less “Everything Happens to Me,” as Tchicai brilliantly and gently abstracts the beautiful melody. Or listen to the sensational “Banging on the White House Door,” where the rhythm is at once precise and clotted.

Graves proves that it’s possible to imply forward motion and at the same time resist the simple groove. His metrical overlays and wavelike fluidity are as astonishing now as they must have been then, in part because so few players have had the discipline to pick up on and develop them. Here’s an example of free jazz that’s ceaselessly creative and puts something new on the table. Happy hunting.
Top
Post Reply
1 post • Page 1 of 1