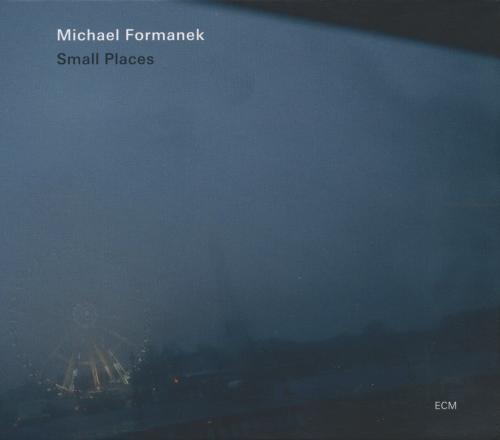 It's no secret that pathological fans view every artist discovered as a new branch on an endlessly growing musical tree. It should come as no surprise, then, that labels—at least, those run by folks as pathological as the fans they hope to attract—operate with the same eye to discovery and expansion. ECM has, in its forty-plus year career, been all about continuous growth and interrelationship. He may be its primary producer and label head, but Manfred Eicher is clearly also a fan, albeit one who has built a label and career predicated on the application of a personal aesthetic to make whatever music he records also speak with his own voice. ECM continues to create new axes, new constellations; where its broadening cadre of musicians intersects in new and fascinating ways.

Bassist Michael Formanek's ECM debut, The Rub And Spare Change (2010), was a challenging yet rewarding set that blended rigor and reckless abandon in equal measures, his quartet sharing extant label histories. Alto saxophonist Tim Berne first appeared on guitarist David Torn's superb and surprising Prezens (2007), his own leader debut coming just this year with the exceptional Snakeoil. Also on Prezens, pianist Craig Taborn took considerably longer to record under his own name, the equally stellar Avenging Angels (2011) released 12 years after saxophonist/flautist Roscoe Mitchell's Nine to Get Ready (1999). Only drummer Gerald Cleaver has yet to make his own ECM record, debuting on the same Mitchell set and subsequently working with bassist Miroslav Vitous, most recently on Remembering Weather Report (2009). That there are more shared experiences beyond this formation is but one reason why Formanek's Small Places is even more successful than its predecessor.

That success comes from more substantial touring together, and a live date where this larger and longer set of Formanek originals was performed in its entirety prior to entering New York's Avatar Studios in late 2011. There's no doubt that the group making Small Places has achieved even deeper chemistry, and a more profound ability to seamlessly fuse spontaneous creation with compositional construction, more often than not blurring the boundary between the two. Knotty, mathematical devices define the opening title track, while relatively simple motifs, traded call-and-response style between Formanek and the in-tandem Berne and Taborn, set the context for more open-ended solos from the everyone on "Pong," the pianist's focused working of motifs mirroring his approach on Avenging Angel. Like The Rub, there are hints of swing, in this case on "Seeds and the Birdman," though the melody floating over it—and Taborn's dense voicings—make it anything but mainstream, with its complex interlocking of parts.

The aptly named "Rising Tensions and Awesome Light" reaches a paradoxical place of delicate intensity, while the closing "Soft Reality" approaches silence, with Formanek's arco and Berne's alto meshing seamlessly. Small Places' greater vertical depth and broader horizontal spectrum suggests that, while already delivering on early promises, Formanek and his empathic group—accomplished but never complacent, virtuosic without an ounce of excess, visceral and cerebral—still have plenty of paths to explore, with plenty of potential yet to mine.
Review by John Kelman
Top
Post Reply
1 post • Page 1 of 1