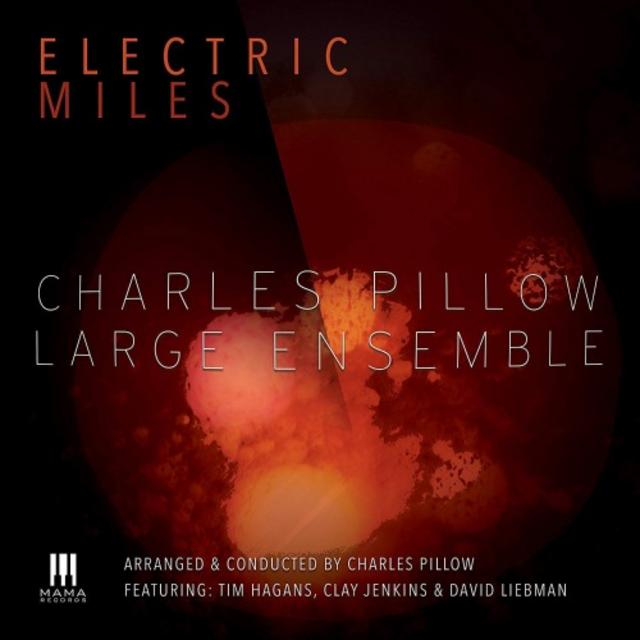 You thought not, but you can put the genie back in the bottle. What we're talking about is the specter unleashed by Miles Davis with Bitches Brew (Columbia, 1970). Davis' expanded lineup for BB with ten-plus musicians, including the electric pianos of Joe Zawinul, Chick Corea, and Larry Young, Bennie Maupin playing bass clarinet, a young guitarist John McLaughlin, two bassists, percussion, and more percussion, and oh yeah, Wayne Shorter's saxophone was ever present. Charles Pillow did that with his Large Ensemble's Electric Miles.

Back in the day, Davis devotees were split on their opinions of his new direction. Some pined for his first great quintet (with John Coltrane), others were just digging into his second quintet (Shorter, Herbie Hancock, Ron Carter, and Tony Williams), and most were trying to figure out what to make of his introduction of electric instruments with In A Silent Way (Columbia, 1969). Certainly Bitches Brew, and Miles' exploration of jazz/rock with Jack Johnson (Columbia, 1971) and On The Corner (Columbia, 1972) caused teeth gnashing for some post-bop heads, but he also created a new audience of folks who were checking out Jimi Hendrix and Sly Stone.

Looking back 50 years at Bitches Brew with the ease of today's digital access to almost every recording available at your fingertips, almost trivializes Davis' accomplishment. Where today's listeners have 110 years of jazz development, Davis had but half of that, plus consider that rock music was maybe 20 years old. This was revolutionary music. Arranger, saxophonist, and flutist Charles Pillow sums up Davis' first electric period (1969-72), not with long-form jams and Teo Macero studio splicing, but with orchestral arrangements. Davis' revolution accomplished its goals of shattering jazz into a million parts, while absorbing rock and Eastern music. Pillow escorts Davis' electric genie back into his bottle, making music in the same manner that Davis co-created with Gil Evans on Sketches Of Spain (Columbia, 1960) and Miles Ahead (Columbia, 1962). Pillow's arrangements smooth out the rougher edges, allowing soloists like Tim Hagans, who formed the tribute band Animation, and Clay Jenkins to deliver authentic echoes. Pillow dresses Electric Miles for a large ensemble while maintaining the ghostly presence of Davis. "Black Satin" swells with horn lines before nestling into the familiar On The Corner groove, with alumni Dave Liebman hoisting his saxophone. The music Pillow presents is a ripened, lets say matured version of Davis' sound. Fittingly enough in this 21st century, Zawinul's "In A Silent Way" is delivered in a regal manner as is Shorter's "Sanctuary." It is though, the lesser known "Directions" that burns the brightest on this recording with inspired solos by Hagans, trombonist Michael Davis and saxophonist Luke Norris. This recording makes you wonder what Pillow could do with Thelonious Monk's orchestral performance At Town Hall (Riverside, 1959). Hint hint.
by Mark Corroto
Top
Post Reply
1 post • Page 1 of 1