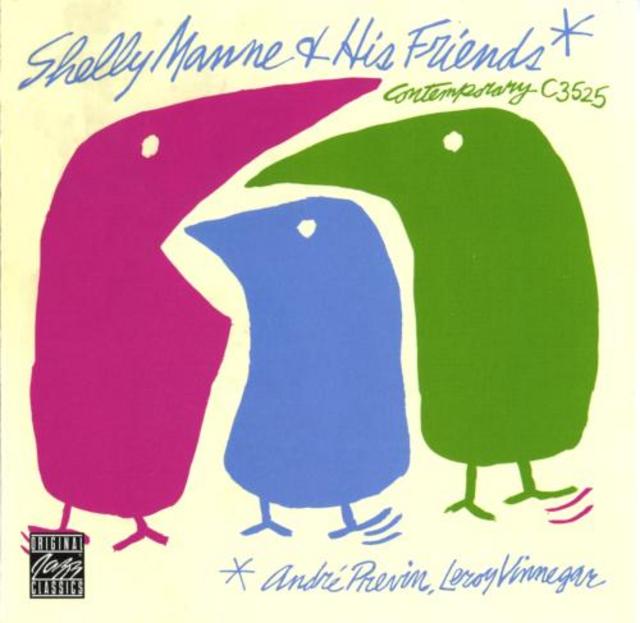 In addition to his regular quintet recordings with "His Men," drummer Shelly Manne recorded a series of trio dates with "His Friends" which generally included pianist Andre Previn and bassist Leroy Vinnegar; eventually Red Mitchell would take over the bass spot. This initial release from the group, as with all of the later sets, is really a showcase for the remarkable piano playing of Previn who was not even 27 yet but already had a dozen years of major league experience behind him. The trio largely sticks to standards and jazz tunes on this date with "Tangerine," Johnny Hodges's "Squatty Roo" and "Girl Friend" being among the highlights.
Review by Scott Yanow
Top
Post Reply
1 post • Page 1 of 1