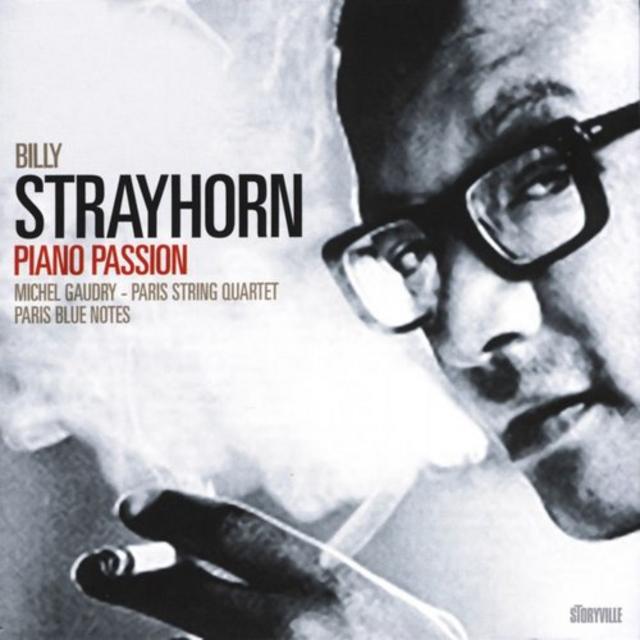 Billy Strayhorn is one of the best-known composers in the history of jazz because of his association with Duke Ellington. However, he was not -- and it is unfortunate -- acknowledged for his musicianship. This Storyville compilation of tracks features Strayhorn at the piano, articulating some of his well-known compositions, such as "Take The 'A' Train," "Cottontail," "Lush Life," and "Passion Flower," and some obscurities as well, such as "A Flower Is a Lovesome Thing" and "Strange Feeling." Strayhorn is showcased here in various settings. "Lush Life," with its wordless vocals crooning in the background, was recorded in 1961 in Paris -- as were nearly half of these cuts. The string arrangement on "Take the 'A' Train" enters the piece after Strayhorn has been playing solo for 45 seconds, stating the theme subtlety and carefully. It's a breezy blues and never gets to the burn and stomp that Ellington executed it with. Conversely, the strings introduce "A Flower Is a Lovesome Thing," gently stating the theme before Strayhorn enters to play both the head and a solo. But Strayhorn was not always gentle with the keyboard. His read of "C Jam Blues," minimal as it is, digs deep into the tune's harmonics as he plays a lovely contrapuntal series of figures against Michel Gaudry's bass. "Tonk" is a wild, ravenous thing that sounds in its intro more like Raymond Scott. There are three versions here; the last features a four-handed reading with Ellington playing the other piano, as he does on "Drawing Room Blues." This one's for the shelf, folks. The music here is not only elegant and graceful, it is full of surprises and hidden delights.
Review by Thom Jurek
Top
Post Reply
1 post • Page 1 of 1