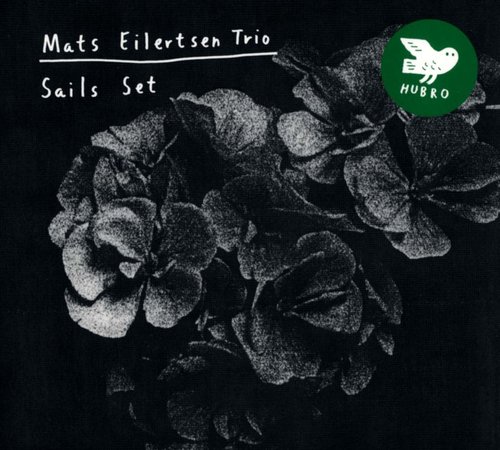 Sophomore recordings can be a challenge, especially if the debut is a winner. Slowly but surely, Mats Eilertsen has been building up his own discography as a leader, and starting to rival the Norwegian bassist's larger group of recordings as a sideman/guest. SkyDive (Hubro, 2012) expanded on Radio Yonder (Hubro, 2009) by turning an already superb quartet to an even better quintet. But for his second recording with the open-minded trio debuted on Elegy (Hubro, 2011), rather than change personnel, Eilertsen opted, instead, to change the rules of engagement.

In contrast with SkyDive's clearly defined structures, Elegy was largely predicated on spontaneity. Despite being rooted, for the most part, in Eilertsen and pianist Harmen Fraanje's compositions, a few tracks were freely improvised; even the group's sole cover—a lengthy look at the Miles Davis/Bill Evans classic, "Nardis"—referred to its form as but the sketchiest of roadmaps, largely playing out of time, and with changes so loosely interpreted as to become, at times, completely obscured. Two years later and with some touring under its belt—including a terrific show in Bergen at Natt Jazz 2011—Eiltertsen's trio is back with the appropriately titled Sails Set, this time heading into completely uncharted waters with eleven freely improvised tracks that, totalaling just under 38 minutes, has nary a wasted note or beat.

Sailing into waters unknown without any kind of chart is usually considered cavalier and downright dangerous, but metaphors aside, this is a trio whose members are well-prepared for playing without a safety net. Drummer Thomas Strønen—whose own Food and more patently aggressive Humcrush projects—heard most recently on Mercurial Balm (ECM, 2012) and Ha! (Rune Grammofon, 2011) respectively—is clearly no stranger to sheer spontaneity. Fraanje, the youngest of the bunch, may have emerged from more structured environs, but a 2010 encounter with American saxophonist Tony Malaby has catalyzed an overall shift towards less confined terrain.

That Sails Set seems filled with purposeful intent and sense of structure simply means Eiltertsen's trio is looking to create music and not just aimless meandering. Live, Fraanje can always be heard singing—a conduit from imagination to hands—but here, actually credited, his wordless voice becomes a more intimate partner to the proceedings, even as he moves from gossamer delicacy to firmer touch, and unadorned beauty to labyrinthine angularity. Strønen, who employs everything from mallets to thin sticks that make him, in some ways, the torch-carrier for British drummer Tony Oxley, as textural as he is capable of fierier, cymbal-driven propulsion on "Stone and Sand," one of just two tracks that, at seven minutes, exceed Sails Set's largely under three-minute miniatures.

As ever, Eilertsen—whether playing pizzicato or arco—is a fount of robust tone and singing texture, melodic ideation and, perhaps less often here, a reliable fulcrum across which Fraanje and Strønen balance—sometimes delicately, other times with muscular intent. Often dark and suggestive but still possessing periods of light, Sails Set represents palpable growth and even deeper empathy amongst the members of Eilertsen's trio. There may be no charts, but this ship clearly knows where it's going.
Review by John Kelman
Top
Post Reply
1 post • Page 1 of 1