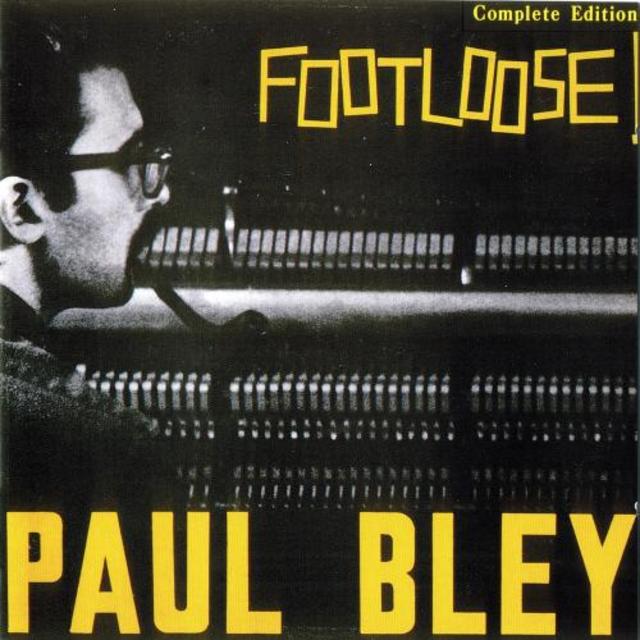 The sound of Paul Bley's trio brings to mind Lennie Tristano immediately as this recording begins, and for once Bley is playing with a heavy enough touch so that an appropriately dark-toned curtain shrouds the music; out of this bursts a series of blues choruses that are incredibly inspired. Thus begins one of Bley's most enjoyable albums, a recording from New York City in the early '60s that has been issued in close to ten different versions. The acquisition of these tapes by the French BYG label right away spells trouble, especially for anyone hoping to collect royalties. Jazz fans will encounter several different cover photographs for these loose Footloose! releases, even involving several different pipes being smoked by Bley. What pipe did he actually smoke for these sessions? For once imperfect recording quality greatly enhances the music. Pete La Roca's aggressive cymbal work is all over the place, and it is joyous. Unfortunately, the bass of Steve Swallow is badly undermiked, but after all BYG stands for: Bass? You Goofed! Bley is at a juncture in his playing here that might be inevitably the most pleasing to fans of his different periods. There are plenty of passages where he utilizes space in his playing, but he hasn't gotten to the point of approximating slow motion, utilizing more bouncy medium tempos. The playing has plenty of intricacies about it, but it isn't offered up soaked in the sound of an expensive ECM reverb unit, sparing it an uncomfortable aura of preciousness. The piano is even a touch out of tune, giving some of the tunes a Floyd Cramer quality. The "King Korn" on this album makes up for all the awful version Bley recorded about 15 years later with his Scorpio group.
Review by Eugene Chadbourne
Top
Post Reply
1 post • Page 1 of 1