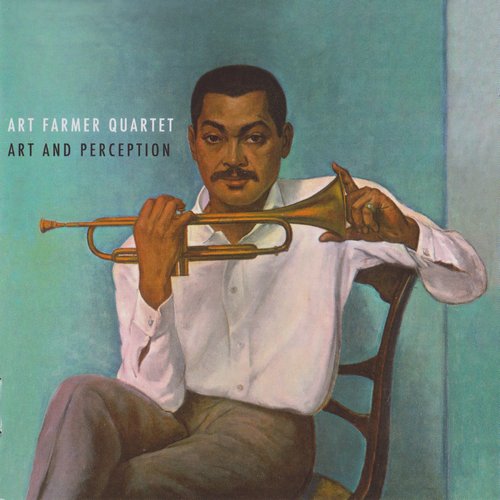 This Gambit disc compiles two separate sessions (Art and Perception) led by Art Farmer, made separately from the Jazztet (which he co-led with Benny Golson). The 1960 recordings featured on the first album featured Tommy Flanagan, Tommy Williams and Albert "Tootie" Heath with the trumpeter, playing show tunes and chestnuts in an elegant fashion that has stood the test of time. On the latter LP recorded the following year, Harold Mabern replaces Flanagan and Roy McCurdy takes over for Heath, with Farmer switching to the richer-toned flugelhorn. In addition to standards, the quartet explores two fine if unjustly obscure originals by the leader, along with the mellow "The Day After" (penned by Jazztet sideman Tom McIntosh). After being out of print for decades, both albums were issued individually overseas, as well as being joined for Art & Perception and collected with recordings by the Jazztet and Benny Golson in a Mosaic limited-edition boxed set. No matter how it is acquired, both sessions are among Art Farmer's best work of the '60s.
Review by Ken Dryden
Top
Post Reply
1 post • Page 1 of 1