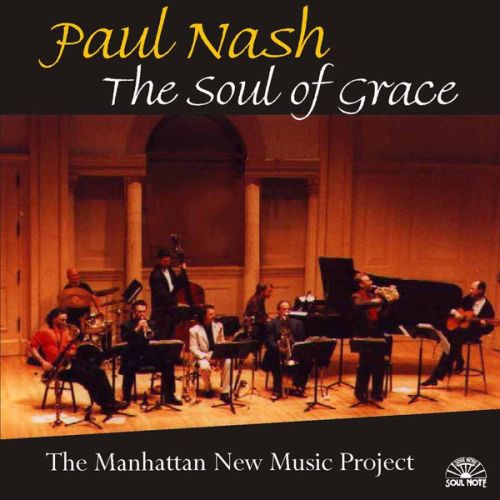 If New York is really the capitol of jazz, why is it that so many talented American improvisers end up recording for European labels? A case in point is guitarist/arranger Paul Nash, who lives in New York but has done some of his best work for the Italian Soul Note label. It was in 1997 that Nash recorded his release The Soul of Grace, which finds the guitarist emphasizing original material and leading a nine-person band (in some cases, more than nine) that includes, among others, trumpeter Jack Walrath, reedman Bruce Williamson, trombonist David Taylor, and pianist Neal Kirkwood. Although some of Nash's electric guitar solos are rock influenced, The Soul of Grace isn't a fusion CD -- it's an acoustic-oriented post-bop date that underscores Nash's appreciation of such band-leading arrangers as Gil Evans, Charles Mingus, and Oliver Nelson. Nash's pieces are complex and intellectual, yet melodic. The Soul of Grace isn't a gem, but it's a respectable, enjoyable example of a European indie documenting a noteworthy American artist.
Top
Post Reply
1 post • Page 1 of 1