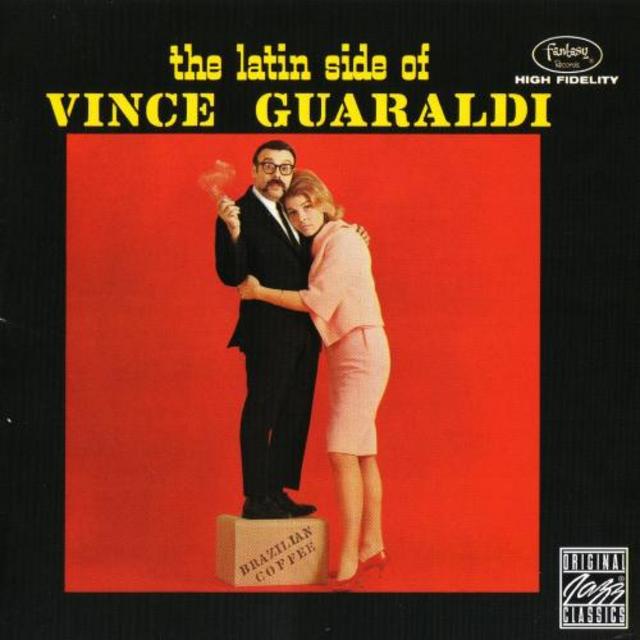 The Latin side for Vince Guaraldi means a brush with both the Brazilian and Caribbean strains of Latin jazz, garnished now and then by an outboard string quartet and graced by four of his own delightful tunes. On Brazilian numbers like "Corcovado" and Brazilian-treated tunes like "Mr. Lucky" and Guaraldi's lovely "Star Song," Vince has drummer Jerry Granelli deploy his distinctive brushes-and-rim-shots bossa nova beat. Jack Weeks supplies bittersweet string arrangements as he tries to grant Guaraldi's wish for a "Villa-Lobos sound," which he does, more or less. Other tunes, like Guaraldi's own happy-go-lucky "Treat Street," "Whirlpool," and Nat Adderley's "Work Song," are treated to gentle cha-cha rhythms. Guaraldi's piano is hauntingly melodic, impulsively swinging, and unmistakable for anyone else's, and the sound is much improved over the LP issue -- especially in the case of the strings, which sound less seedy on the CD.
Review by Richard S. Ginell
Top
Post Reply
1 post • Page 1 of 1