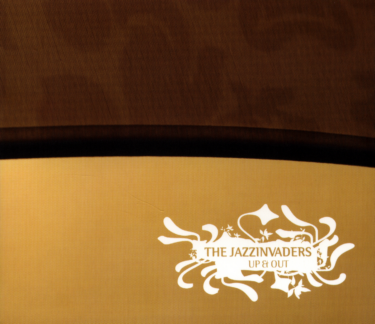 Dutch jazz ensemble the Jazzinvaders are clearly influenced by more recent trends like the '90s acid jazz scene, but at heart, this sextet is out to bring back soul-jazz and early fusion sounds from the late '60s and early '70s. Donald Byrd's jazz-rock protйgйs the Blackbyrds are an obvious touchstone, as is Mongo Santamaria and the funkier side of Creed Taylor's CTI Records stable. Drummer and producer Phil Martin is all about the Latin beats, with congas and hand percussion regularly supporting and occasionally supplanting his own traps, and while pianist Erwin Hooweg keeps an assertive presence throughout, he spends most of his time driving the rhythm section while leaving the solos to the two-sax, one-trumpet front line. A pair of vocal tracks, the soulful ballad "Black," and a Tony Bennett-style uptempo Latin groove called "Love and Happiness" add to the appealingly retro vibe, but Up & Out is at its best on mellow tunes like "Go Ahead" and the haunting ballad "Movements," when a relaxed, deceptively casual vibe prevails. Nothing earth-shattering, but quite enjoyable. --Stewart Mason
Top
Post Reply
1 post • Page 1 of 1