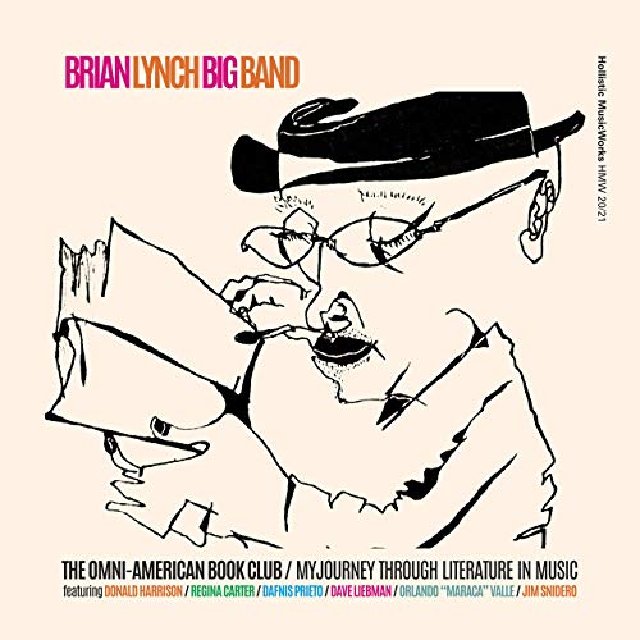 GRAMMY Award-winning trumpeter and recording artist Brian Lynch is proud to announce the release of The Omni-American Book Club: My Journey Through Literature In Music, his long-awaited new recording on Hollistic MusicWorks. One of the most ambitious projects of his long and illustrious career, The Omni-American Book Club is an expansive album of music for large ensemble (“big band”) composed and arranged by Lynch and featuring his work as soloist alongside an all star cast of special guests including Regina Carter, Donald Harrison, NEA Jazz Master Dave Liebman, GRAMMY Award winner Dafnis Prieto, Orlando “Maraca” Valle, and Jim Snidero. On The Omni-American Book Club Lynch connects his lifelong passion for reading and the books that have shaped his life with his original music. The album’s title refers directly to one of those books, The Omni-Americans by the African-American writer Albert Murray, which Lynch first read in high school soon after its initial release in 1970. The nine compositions that make up The Omni-American Book Club offer a panoramic view of Lynch’s world as a composer, arranger and trumpet soloist in his first big band recording as a leader. Lynch’s pieces reveal new facets of a musical omnivorousness already well documented in his four decades of being at the forefront of the jazz and Latin music scenes. Besides works expanding on his well known (and Grammy-award winning) prowess in playing and writing both Afro-Caribbean jazz, and "straight-ahead” swingers inspired by his tenure as a young man in the legendary bands of Art Blakey and Horace Silver, Lynch casts his musical net even wider on The Omni-American Book Club. Tying all the music together is the sound of Lynch’s trumpet. His focused and versatile facility on the instrument and expansive improvising lexicon sets him apart on the contemporary jazz landscape.
Top
Post Reply
1 post • Page 1 of 1