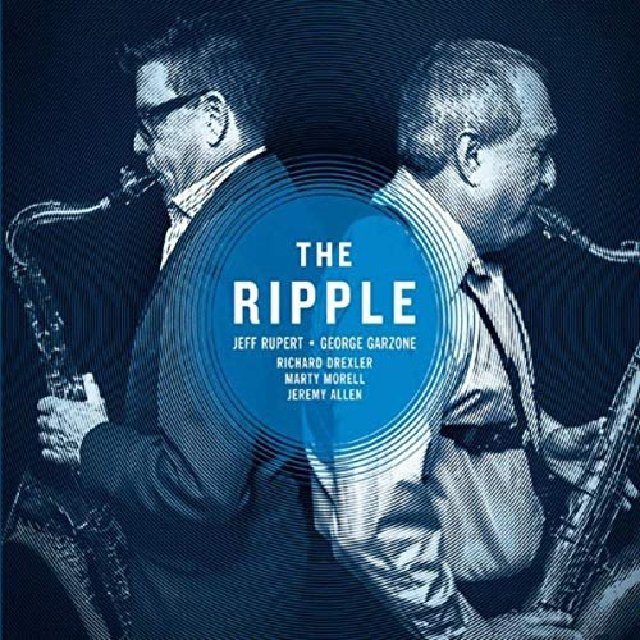 Saxophonist Jeff Rupert has performed and recorded with the likes of Diane Schuur, Mel Tormé, Kevin Mahogany, Ernestine Anderson, and Benny Carter's Grammy winning Harlem Renaissance album. Rupert toured for fifteen years with Sam Rivers and recorded four albums in that time. He also toured and recorded with Maynard Ferguson for a number of years.

Saxophonist George Garzone is a member of The Fringe, a jazz trio founded in 1972. A veteran jazzman, Garzone has appeared on more than 20 recordings. Garzone has toured Europe with Jamaaladeen Tacuma and performed with artists including Danilo Perez, Joe Lovano, Jack DeJohnette, Rachel Z, and John Patitucci.

The band is rounded out by RICHARD DREXLER on piano, MARTY MORELL on drums, and JEREMY ALLEN on bass. Rupert has performed with Drexler for more than 30 years and with Morell for the past 15. Rupert and Allen have performed and taught together for a decade.

THE RIPPLE in this instance refers to the far-reaching effect of Lester Young's voice in music. By the late thirties, he emerged as the most profound improviser since Louis Armstrong. Not only saxophonists, but pianists, trombone players, and others learned how to improvise through Young—or "Prez, " as Billie Holliday nicknamed him. Young developed an individual style, sound, and concept. Prez's rhythmic subtlety seems to elude even some of his greatest admirers.

There are no compositions by Young, or songs recorded by him, on this album. Instead, it features pieces recorded or composed by some of the musicians influenced by Young, including Dexter Gordon, Stan Getz, Eddie Harris, Zoot Sims, Wayne Shorter, Joe Henderson, and others. Jeff Rupert and George Garzone show reverence for Young's impact, flirting with the surreal while trying to play pretty, swing, and tell a little story.
Top
Post Reply
1 post • Page 1 of 1