The Resonance Ensemble - Head Above Water / Feet Out Of The Fire (2013) [Avant-Garde Jazz / Free Improvisation]; FLAC

The Resonance Ensemble - Head Above Water / Feet Out Of The Fire (2013) [Avant-Garde Jazz / Free Improvisation]; FLAC 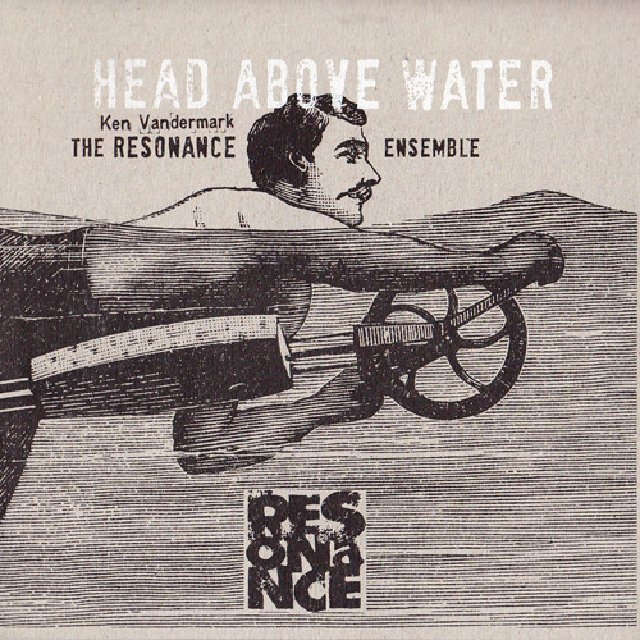 Listening to the music Ken Vandermark writes for large ensembles do we dare compare him to Duke Ellington? Both band leaders and composers wrote and arranged music to be played by a select troupe of musicians and both suffered the fate of surfing the knife edge of innovation. Ellington always seemed to be delivering scores with the ink still drying to last minute rehearsals. Same for Vandermark who has the added burden of an international cast from Chicago to Stockholm and Gdansk.

Head Above Water / Feet Out Of The Fire is a testament to the composer's tenacious attitude, and his refusal to shy away from large, complicated works. Since its inception in 2007, the Resonance Ensemble has reunited in Europe to present music. In 2007, they recorded two sides of the 10-CD release Resonance Box (2009), an LP Live In Lviv (2008), and the CDsKafka In Flight (2011) and What Country Is This? (2012), all for Not Two Recordings.

Disc one, Head Above Water was recorded in studio, two days before the ensemble's appearance at the 2012 Chicago Jazz Festival, where Vandermark was the artist-in-residence. It was the first performance of the entire band in the United States. The second disc, Feet Out Of The Fire is a live date from Hasselt, Belgium in March 2012. The only change between discs is the absence of bassist Devin Hoff from the live session.

Like early-Ellington, Vandermark utilizes a tuba, played by Per-Âke Holmlander. But unlike early jazz recordings, where a bassist's sound would not be captured, he employs two players on disc one, Mark Tokar from the Ukraine and Chicago's Devin Hoff, who is not heard on the live disc. Where Ellington selected players for their signature sound and often foreseeable solos, Vandermark chooses a signature sound from unfettered improvisers. Roots of this approach were heard in his Vandermark 5, Territory Bands, and the writing and arranging he constructed forPeter Brotzmann's Chicago Tentet. His method is one of modular composing that meshes pre- written passages with improvisation, and different ordering of improvisers and directions that can be cued by hand as a sort of conduction.

The music ranges from a broad shouldered tromp to a delicate cortège. Vandermark can switch from old-school swing to outward improvisation with a gesture and a nod. His approach in this ensemble setting is more organized than his electro/acoustic band Made To Break, the DKV Trio, or Brotzmann's Tentet. Like an Ellington suite, Vandermark packs texture upon texture. His sound layers thrive on the two-drummer pulse of Daisy and Zerang pushing against the bottom end of tuba, bass, Trzaska's bass clarinet and Vandermark's baritone saxophone. He often offsets this bulk against the light infantry of his, Zimpel's and Trzaska's clarinets. The music is complex, intense, rhythmically compelling and ultimately satisfying.
by Mark Corroto
Top
Post Reply
1 post • Page 1 of 1