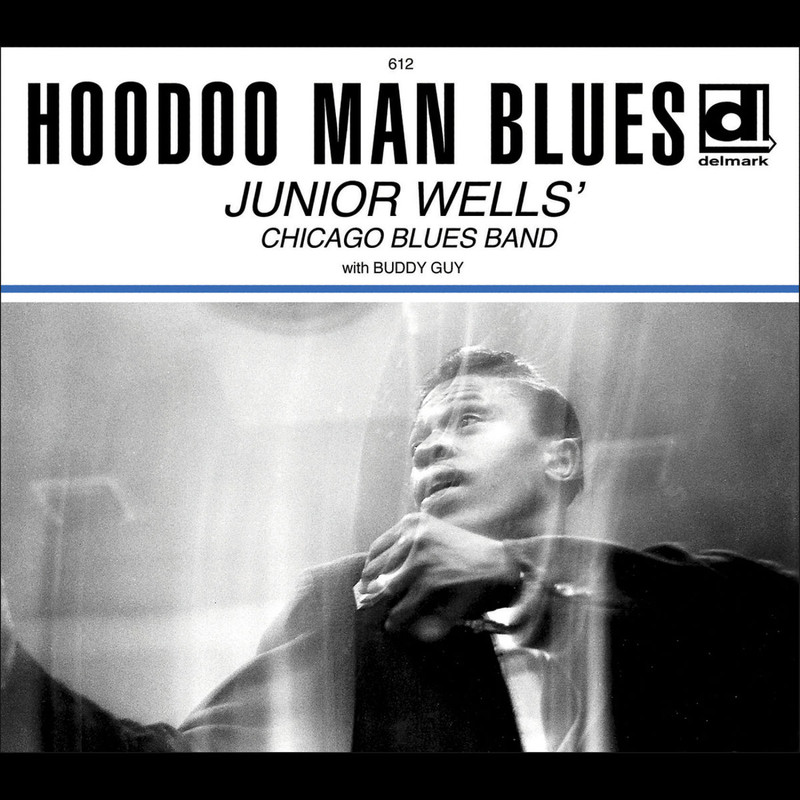 Hoodoo Man Blues is one of the truly classic blues albums of the 1960s, and one of the first to fully document, in the superior acoustics of a recording studio, the smoky ambience of a night at a West Side nightspot. Junior Wells just set up with his usual cohorts guitarist Buddy Guy, bassist Jack Myers, and drummer Billy Warren and proceeded to blow up a storm, bringing an immediacy to "Snatch It Back and Hold It," "You Don't Love Me, Baby," "Chitlins con Carne," and the rest of the tracks that is absolutely mesmerizing. Widely regarded as one of Wells' finest achievements, it also became Delmark's best-selling release of all time. Producer Bob Koester vividly captures the type of grit that Wells brought to the stage. When Wells and his colleagues dig into "Good Morning, Schoolgirl," "Yonder Wall," or "We're Ready," they sound raw, gutsy, and uninhibited. And while Guy leaves the singing to Wells, he really shines on guitar. Guy, it should be noted, was listed as "Friendly Chap" on Delmark's original LP version of Hoodoo Man Blues; Delmark thought Guy was under contract to Chess, so they gave him a pseudonym. But by the early '70s, Guy's real name was being listed on pressings. This is essential listening for lovers of electric Chicago blues.
Top
Post Reply
1 post • Page 1 of 1