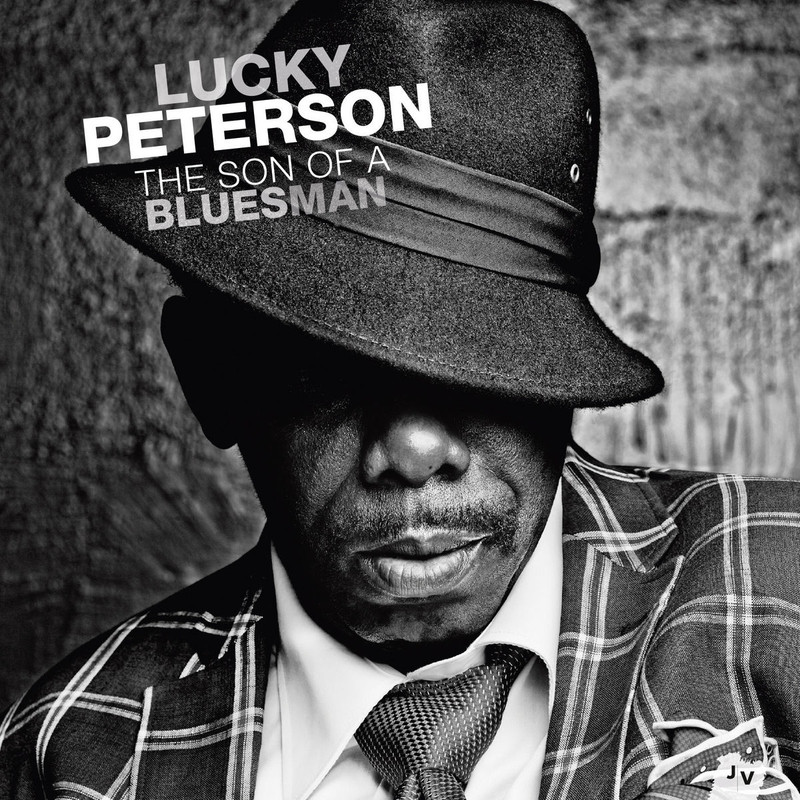 Lucky Peterson's father was blues guitarist and singer James Peterson, a well-known regional musician who also owned the Governor's Inn, a premier blues nightclub in Buffalo, New York, which means Peterson grew up around his father's friends, who just happened to be touring and recording musicians like Jimmy Reed, Muddy Waters, and Bill Doggett, and he learned from all of them. He became fascinated with the Hammond B-3 organ as a young child, and by the time he was five, he'd proved to be a prodigy on it. Mentored by another of his father's friends, the great songwriter, bassist, arranger, and producer Willie Dixon, Peterson was still only five when he scored an R&B hit with the Dixon-produced "1-2-3-4," the novelty of it all landing him appearances on The Tonight Show, The Ed Sullivan Show, and others, and his debut album appeared in 1969. But Peterson had an exploratory nature, and while he could have had quite a career as a keyboard player, he picked up the guitar at the age of eight, and by the time he was a teen, he had developed an emotionally searing guitar style. He could have relaunched his career then, but instead he attended the Buffalo Academy of Performing Arts, and went out on the road as part of the touring bands of Etta James and Otis Rush, spent three years as Little Milton's keyboardist, another three years in Bobby "Blue" Bland's band, and backed jazz stars like Hank Crawford and Abbey Lincoln. He learned blues, jazz, soul, R&B, funk, and gospel, and by the time he made his re-debut as a bandleader with the Bob Greenlee-produced Lucky Strikes! in 1989, Peterson was a triple-threat multi-instrumentalist who managed to fuse R&B, jazz, gospel, funk, and rock with the blues. All of this leads up to this very personal and semi-autobiographical set, and his 18th album as a bandleader. The Son of a Bluesman, aside from being another fine set of Peterson's joyous fusion blues, is also the first of his albums that he has produced himself, and it has a warm, career-summing kind of feel to it. The title track, "The Son of a Bluesman," and the two different versions of the gospel-themed "I'm Still Here," give this album a personal and retrospective feel, as does the striking, and even silly "Joy," a straight-up family home recording featuring a rap interlude. But perhaps the best and most poignant track on an album full of standouts is the lovely instrumental "Nana Jarnell," dedicated to both Peterson's mother and his wife's mother, musician, singer, and songwriter Tamara Stovall-Peterson. Peterson's guitar lead on the track is a marvel of crying, elegantly balanced phrasing, almost horn-like or vocal-like, and it speaks and sings like the marvel it is. This is perhaps Peterson's most well-rounded and personal album yet, and it coheres in a wonderful arc, capturing the blues as an ever-flowing, joyous, and ultimately uplifting thing.
Top
Post Reply
1 post • Page 1 of 1