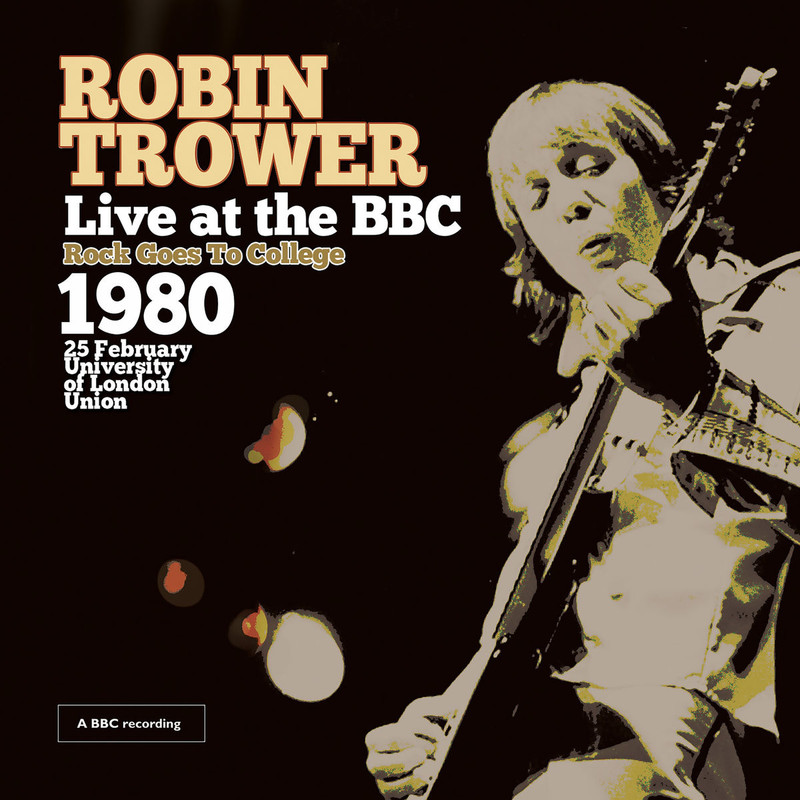 Rock Goes To College was a BBC series that first ran between 1978 and 1981 on British television. Upcoming rock bands were showcased, and it was broadcast live from small venues at University,Polytechnic and College halls, where tickets were often given free to students, ensuring a full capacity attendance and lively atmosphere.

Each performance would be a 40-50 minute set, and the original Sight & Sound broadcasts were transmitted simultaneously on BBC TV and in Stereo on BBC Radio One. Ex-Procol Harum guitarist Robin Trower was already well established as a solo artist by 1980, with 7 albums already out and one currently in active promotion. He was also a regular act on the UK college circuit throughout the 1970s. The London University gig captures the extraordinary skills of this now revered guitar legend at his peak. The authoritative liner notes by Blues Matters magazine editor Alan Pearce includes a new interview with Robin Trower.
Top
Post Reply
1 post • Page 1 of 1