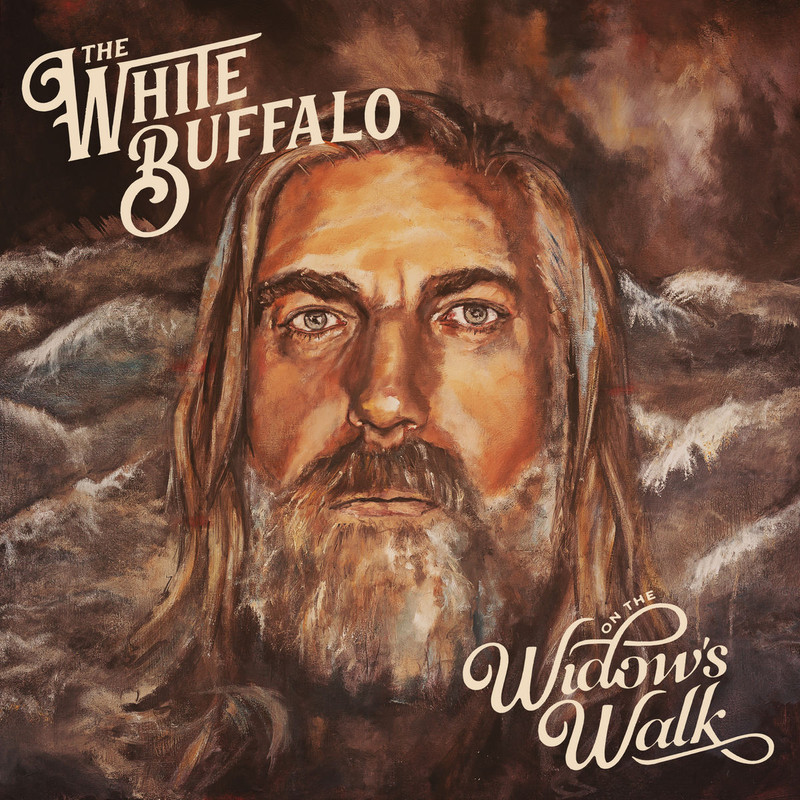 On The Widow’s Walk’ is the new studio album from The White Buffalo, the touring / recording persona of Jake Smith – singer, songwriter, guitarist, teller of tales; the Emmy nominee whose voice, a timber-shakin’ baritone, seems fuelled by a greater truth. Of the half-dozen albums released under The White Buffalo banner, this latest 11-tracker – a loosely linked collection of dark thrills produced by Shooter Jennings, who also provides piano and keys – is the most collaborative and organic.

From the beginning, Oregon-born Smith has wilfully side-stepped genre, touching on a variety of musical threads – from Americana to punk, from brooding folk to driving rock ‘n’ roll – whilst maintaining a strong, signature style. His spontaneous delivery and narrative lyrics are at the heart of it all, instilling the songs – effectively, mini-movies – with a cinematic, hand-crafted quality, and this very much holds true for ‘On The Widow’s Walk’. At one point, the idea of a concept album was considered, but Smith didn’t want to leave out quality songs just because they might not fit a specific concept; hence, these recordings have water and the ocean as underlying rather than dominant themes, a sense of longing too, something also reflected in the cover art – a portrait of Smith by UK painter Jack Browning. Other reference points include living for the moment, the march of technology, the force of mother nature, plus what happens when the moral conscience spins out of control. Simply, ‘On The Widow’s Walk’ is a compelling statement from an artist whose activity between the musical lines has seen his star very much on the rise, playing to a million followers worldwide, achieving over 200 million streams, and securing a Top 10 spot in the TV / Film Syncs Chart for 2019.
Top
Post Reply
1 post • Page 1 of 1