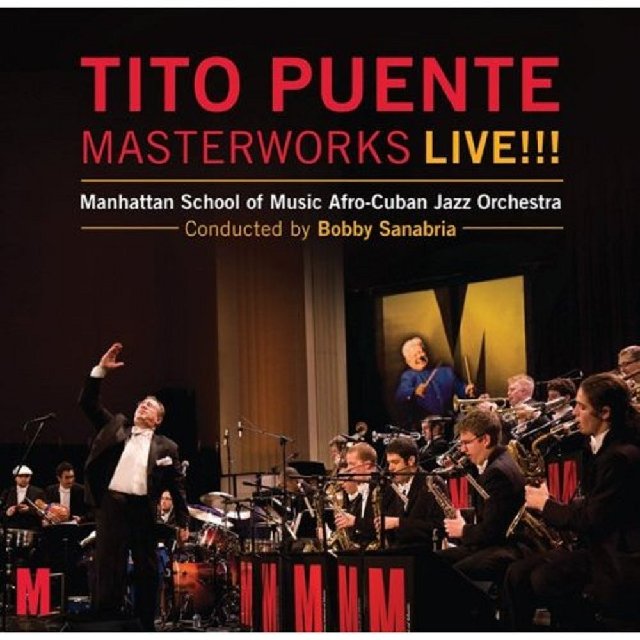 If the Latin Jazz community had its own Mount Rushmore, then Tito Puente's face would be there, right beside the images of Machito and Mario Bauzá. All three men are viewed as patriarchs and/or key figures in the evolution of the Afro-Cuban musical movement and, despite Puente being the only non-Cuban on that list, Bauzá himself paid him the ultimate compliment when he said that "no one in the world has done more for Afro-Cuban music than Tito Puente." While all three men have left this world, their music remains, and percussionist Bobby Sanabria—the ultimate advocate for Afro-Cuban music—is making sure that it makes its way to the masses.

Sanabria has become something of a Wynton Marsalis for the Latin jazz set, espousing the virtues and history of this music on PBS-aired documentaries, performing in a variety of high profile settings, and educating the next generation of musicians with his real-world experience and knowledge. When wearing his educator hat, Sanabria serves as the director of the Manhattan School of Music's Afro-Cuban Jazz Orchestra, but this is no mere college band. That phrase carries an apologetic tone, and this band has nothing to apologize for. Sanabria first unleashed an earlier incarnation of this explosive ensemble on the public, when he saluted Machito and Bauzá with Kenya Revisited (Jazzheads, 2009), and turns his attention toward Puente's oeuvre on this recording.

Power and passion play a big part in this music, and dance-worthy rhythms are always underneath it all. The horns can hit as hard as any section around, firing off volcanic chords that are capable of peeling paint off a wall, and this serves to demonstrate Sanabria's enthusiasm for the subject at hand, clearly seeping into every member of the band. Solos are plentiful on many selections and, while the members of the band put their hearts and souls into this fiery fare, some stand out more than others. Norman Edwards proves to be a double threat, delivering tasteful vibraphone lines ("Autumn Leaves") and dynamic drum work ("Mambo Beat") with equal skill, and baritone saxophonist Michael Sherman blows the roof off whenever he steps forward ("Mambo Beat" and Cuban Nightmare"). Paul Stodolka and Anthony Stanco constantly play the bold and brawny trumpet role to perfection, while each member of the saxophone section is in peak form on "Cuban Nightmare."

While Tito Puente Masterworks Live!!! is a fine tribute to the great Tito Puente, it goes beyond mere repertory rehash. Sanabria and his young stand mates have summoned the very spirit of Puente by putting a vibrant coat of paint on classic material from his catalog.
Top
Post Reply
1 post • Page 1 of 1