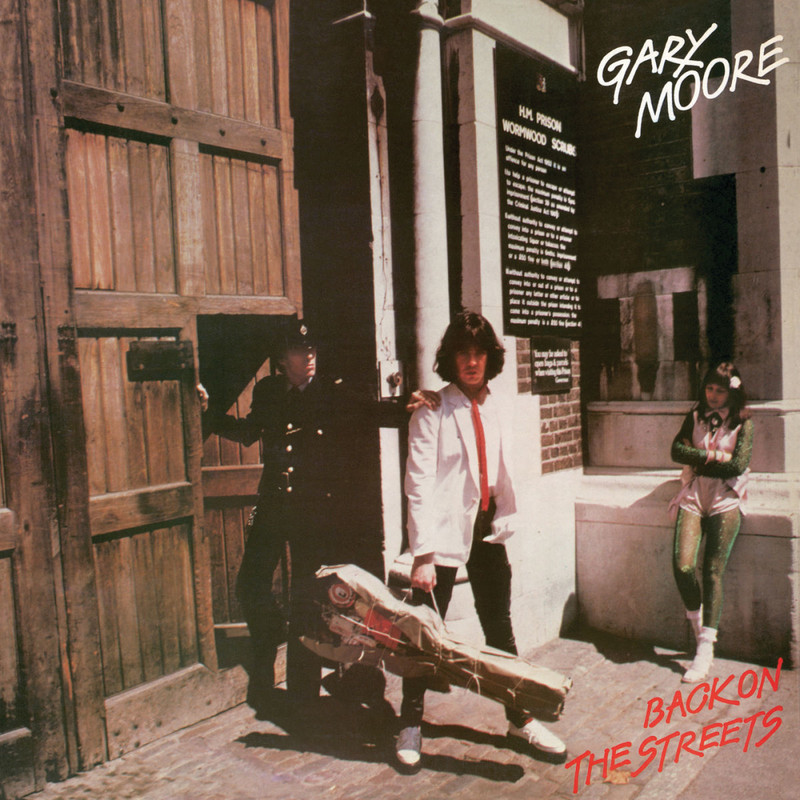 1978 was a busy year for Irish guitarist Gary Moore, who after years of seemingly aimless wandering across the musical landscape (including a flirtation with jazz-rock fusion while fronting G-Force) simultaneously re-launched his long-dormant solo career and became a full-time member of Thin Lizzy. Moore had originally agreed to help his old partner in crime Phil Lynott only temporarily, while longtime Lizzy guitarist Brian Robertson recovered from a broken hand incurred in a barroom brawl. But due to Robbo's increasing unreliability, Moore was persuaded to stay on and record Lizzy's Black Rose album in exchange for Lynott's help in shaping his own solo effort, Back on the Streets. And a good trade it was, too, as with the exception of the title track's gutsy hard rock, Lynott's singing and songwriting contributions wound up providing the album with its most coherent and satisfying moments. These included the highly amusing "Fanatical Fascists," a mellow reworking of Lizzy's "Don't Believe a Word," a whimsical acoustic ballad called "Spanish Guitar," and the simply exquisite Moore tour de force "Parisienne Walkways." Unfortunately, these are rudely interrupted by a number of misplaced instrumental fusion workouts (no doubt G-Force leftovers) and a terribly saccharine ballad called "Song for Donna." Half winner, half dud, the album would at least serve notice of Moore's rebirth as a solo artist, and he would show marked improvement on his next album, Corridors of Power.
Top
Post Reply
1 post • Page 1 of 1