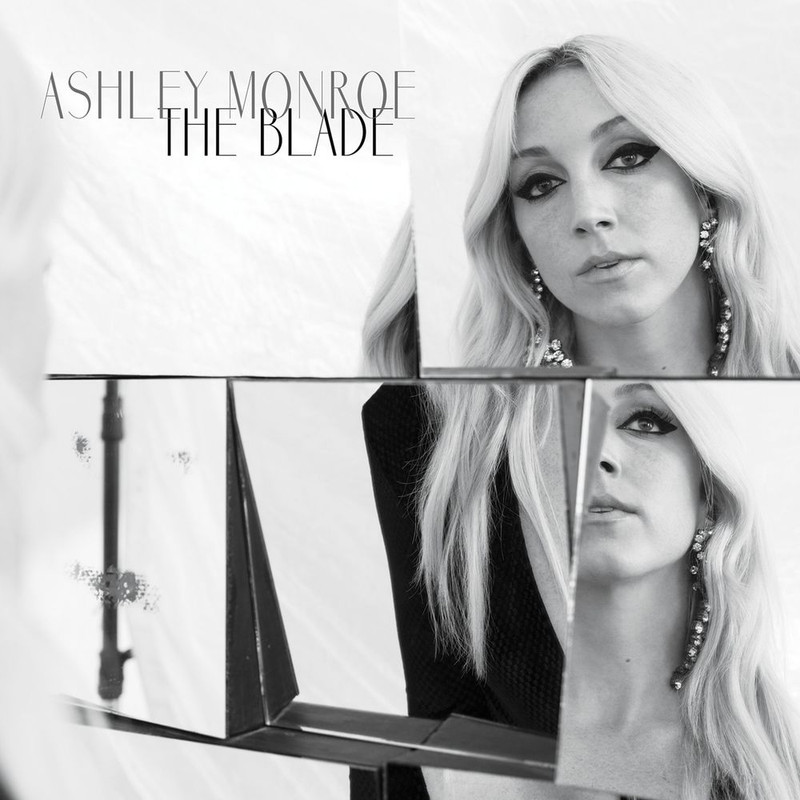 The title The Blade suggests a certain flintiness from Ashley Monroe and while there's little question she's tough, she wraps that steeliness underneath a smooth surface a feint that means her songs sigh as often as they slight, sometimes revealing their intent only after they've wormed their way into the subconscious. This is truer of The Blade than it is of 2013's Like a Rose, partially due to how it's a grander, lusher revision of her major-label solo debut, constructed out of similar elements and with the same sympathetic producers, Vince Gill and Justin Niebank but covering greater ground. Some of this is a mere matter of length: at 13 tracks and 46 minutes, it's a quarter longer than the breezy Like a Rose. Extra space gives Monroe room to roam, to ease herself into territory residing on the fringes of her neo-classicism. "On to Something Good" opens The Blade with a persistent bounce, a bubbling beat closer to mainstream '80s country radio than a single buried on a roadhouse jukebox (a sound the closer, "I'm Good at Leavin'," happily evokes). Elsewhere, she slides into gorgeous neo-soul ("Bombshell") and a bit of modern country-pop ("If Love Was Fair," which in another era would be a soft rock crossover), sounds unheard on Like a Rose but functioning as effective accents to Monroe's rootsier moments, such as the rollicking boogie "Winning Streak," the gentle country-folk "Mayflowers," and the minor-key back-porch shuffle "Dixie." All this makes for a diverse set of songs but the key to Monroe's appeal is that she seems neither showy nor calculating when she expands beyond her classic country roots. She rolls easy, luxuriating in that exquisite sound, her soft touch making the heartbreak and the humor seem equally alluring.
Top
Post Reply
1 post • Page 1 of 1