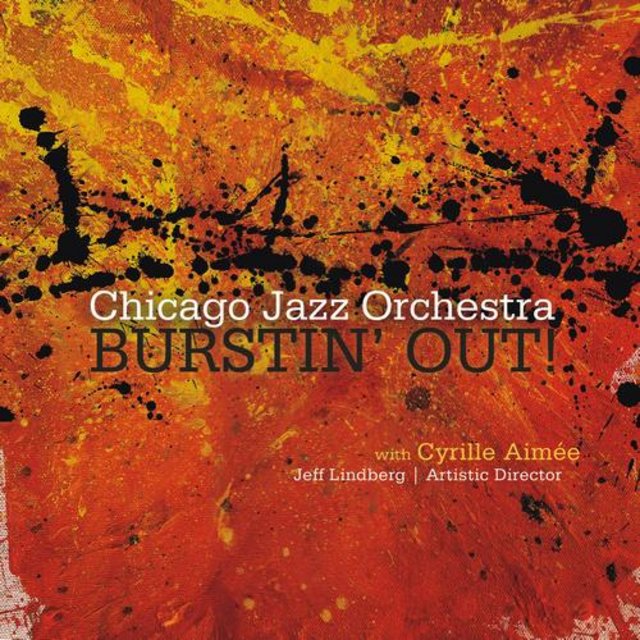 Covering the Great American Songbook can be tricky, thankless work for a singer. The options for handling the material just aren't as numerous (i.e., nigh infinite) as they are for instrumentalists. Severely warping a melody, chopping it up or getting rid of it altogether work perfectly well if you're blowing through a horn. But such abstractions of voice can seem forced or simply too weird within a straight-ahead format. There's scatting, of course, and other forms of nonverbal vocalization, but they rarely score on the same level as instrumental solos, and they can turn stale or quaint-sounding pretty quickly.

Enter Cyrille Aimee. Over the course of the last several years, the French singer has established herself as one of the more innovative interpreters of this music. Her sound is classic, tinged with the exotic. Her vocals thrill with technical proficiency, yet don't lack emotional nuance. Yes, she scats (quite a bit, actually), but as a natural—and very instrumental—extension of her verbal singing. All her skills are on display here, allowing her to mix exceedingly well with the Chicago Jazz Orchestra . It's notable that track particulars list Aimée as a soloist like any other in the band. For while she certainly has a more prominent position in these performances than singers often did in the heyday of big band music, where they might come in for a verse or two at the end after the big-gun instrumentalists had had their say, this album is by no means simply an Aimée vehicle with CJO assigned to the boiler room. Through both its orchestrated sections and plentiful solo statements (pianist Dan Trudell is a particular standout) the band plays just as prominent a role as Aimée.

As the album's title suggests, the performances tend toward big, brash swing. Many of the arrangements come from the band's artistic director, Jeff Lindberg, though other band members lend a hand as well. Still other arrangements are adapted from the likes of Duke Ellington and Count Basie. Fans of Frank Sinatra's work with Antonio Carlos Jobim will be intrigued or distracted—perhaps both—by Lindberg's faithful use of Claus Ogerman's arrangement of "Dindi."

Aimée has recorded a handful of these songs before, albeit in smaller settings. And her approach certainly changes to adapt to the grander backing, her style a bit less free, more refined, with even some of her scatting dialed back to play as but another instrument in orchestrated section pieces. Again, group sound is emphasized over the individual. And all in all, CJO and Aimée have produced a compelling, highly enjoyable record—a testament, of sorts, to the continuing power of straight-ahead big band jazz in the contemporary music world.
Review by Matt Marshall
Top
Post Reply
1 post • Page 1 of 1