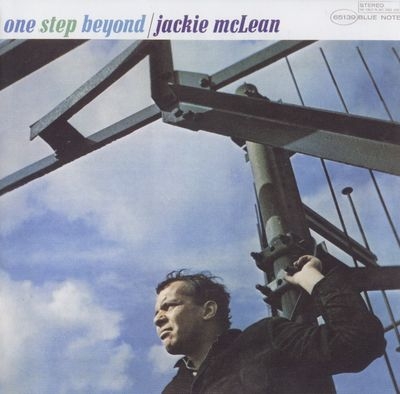 A standout in Jackie McLean's discography, and one of the gems in the wave of early-'60s jazz that blended post-bop with the avant garde, ONE STEP BEYOND is an album that stands the test of time. Reflecting McLean's blues-drenched roots, but versed in the then-new innovations of Ornette Coleman and John Coltrane, this 1963 date looks forward and backward at once, stepping outside tradition while still swinging intensely. In addition to composing two of four excellent pieces, McLean assembled a top-flight line-up that includes vibraphonist Bobby Hutcherson, drummer Tony Williams, bassist Eddie Khan, and trombonist Grachan Moncur III. The ensemble pushes at the tunes' architectural sonic space, winding both inside and outside for a thrilling ride that showcases the visionary talents of each member. Moncur's two other compositions are among the album's highlights.
Top
Post Reply
1 post • Page 1 of 1