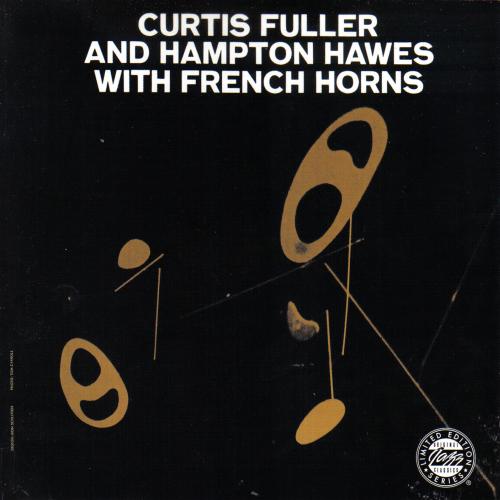 The French horn has rarely been used in jazz as a solo instrument until recent times. Back in the 1950s, jazz's top French horn player was Julius Watkins, with David Amram certainly ranking in the top five. For this 1957 session, trombonist Curtis Fuller and his quintet with altoist Sahib Shihab, pianist Hampton Hawes (Teddy Charles, who contributed three originals, takes his place on one number), bassist Addison Farmer, and drummer Jerry Segal are joined by both Watkins and Amram. On originals by Charles, Amram, and Salvatore Zito, the colorful ensembles and the very adept soloing by the French horns make this a particularly memorable recording. Strange that this album has been obscure for so long. Only the brief playing time keeps this intriguing set from getting a higher rating.
Top
Post Reply
1 post • Page 1 of 1