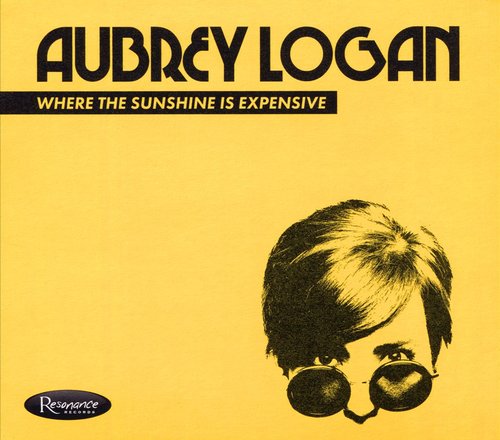 A graduate of the famed Berklee College of Music, Aubrey Logan is a well-respected jazz trombonist who also does vocals. Based in LA, she's worked with an eclectic bunch – people ranging from the Boston Pops Orchestra through to Pharrell and on to Josh Groban! That eclecticism is apparent in her own music. She made that obvious on her debut LP – 2017's 'Impossible' and it's even more obvious on this new 12 tracker – the lady's debut for Resonance Records. The music on the album at times is whimsical, often clever and witty, sometimes serious but always intriguing and never predictable.

Enjoy that unpredictability on two of the album's big covers – Michael McDonald's 'I Keep Forgettin'' and Joe Sample's 'Put It Where You Want It'. Both are very different to the familiar versions. On 'Forgettin'', the vocal phrasing comes on like a Joni Mitchell/Kate Bush hybrid – a contrast to the crazy rock guitar that leads the track out, while the Sample tune is a real bumpy ride. On it Ms Logan is helped out by Dave Koz's sax (she previously worked with him on his 'Summer Horns' project.) The album's other cover is more respectful... and rightly so. Why take liberties with Burt Bacharach's 'Alfie' – always a wonderful tune, made more doleful by the trombone intro. It elicits a round of applause from the studio audience -the album was recorded "live" at the legendary East West Studios in Hollywood, in the very same room where Frank Sinatra recorded 'My Way'.

The remaining nine tracks on 'Where The Sunshine Is Expensive' are Aubrey Logan originals and they range from the 70s inspired R&B groove 'Understand' (the lead single) to the mournful county-tinged 'One Three Nine'. In between there are plenty of clever, witty offerings like 'So Cute' and 'Laundry' (another Dave Koz collaboration) – with the lovely come on line "if you, love me you'll do my laundry... do the rinse and spin, baby!" The life of the modern itinerant musician is highlighted on a couple of cuts inspired by airports while 'The Remembering Song' is a lovely reflection on breaking up.... so see what we mean by "eclectic"?
Top
Post Reply
1 post • Page 1 of 1