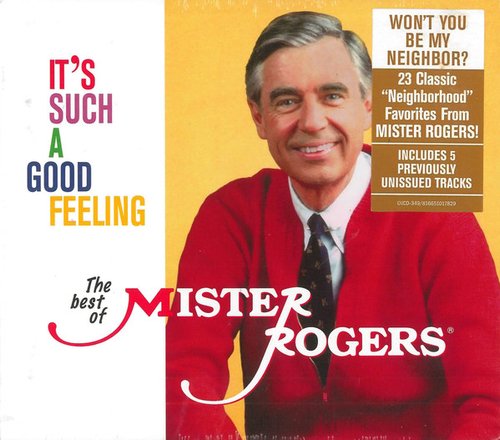 For several generations of children growing up in the late 20th century, the warm cascade of celeste notes that introduced Mister Rogers' Neighborhood was one of the most reassuring sounds in the world. As the deliberate but gentle-voiced Pennsylvanian completed his daily homecoming ritual and donned his signature cardigan to the jazzy strains of "Won't You Be My Neighbor?," a sacred zone of safety and acceptance was established. Whatever situation a child might be subject to in real life, Fred Rogers' clear message of friendship and inclusivity was a beacon that welcomed all into his Neighborhood. Of its many great attributes, music was at or very near the top of Rogers' beloved television program. A music composition major and pianist, he used his songs as a tool to bring comfort and explain large concepts in a way that was simple and effective without talking down to his audience. He unconventionally employed a jazz trio, helmed by fleet-fingered keyboardist and musical director Johnny Costa, to create a surprisingly sophisticated backdrop against which he unpacked difficult emotions like fear and loneliness using charming and straightforward melodies. Songs like "You Are Special" and "It's Such a Good Feeling" celebrated the joys of individuality and uniqueness, becoming staples of his show over the years, while others like "Some Things I Don't Understand" and "Wishes Don't Make Things Come True" got a little deeper into the weeds of life. As an educator, Rogers' insights into child psychology were quite effective, but it was his ability to convey his subjects in an authentic and memorable way that was his true gift. Rather than present another exaggerated costumed performer, he offered up a version of himself that was as uncalculated and ordinary as possible, and this was what ultimately endeared him to his audience. Fifteen years after his death, the excellent 2018 documentary Won't You Be My Neighbor? provoked somewhat of a Fred Rogers renaissance, although it's a little shocking that much of his music still remains out of print. Compiled by Omnivore Recordings and featuring five previously unreleased recordings (including his original show closer, "Tomorrow"), this wonderful anthology couldn't come at a better time. Whether listening with fresh ears or through the filter of nostalgia, Mister Rogers' gentle guidance and peaceful approach to life resonates as deeply now as ever.
Review by Timothy Monger
Top
Post Reply
1 post • Page 1 of 1