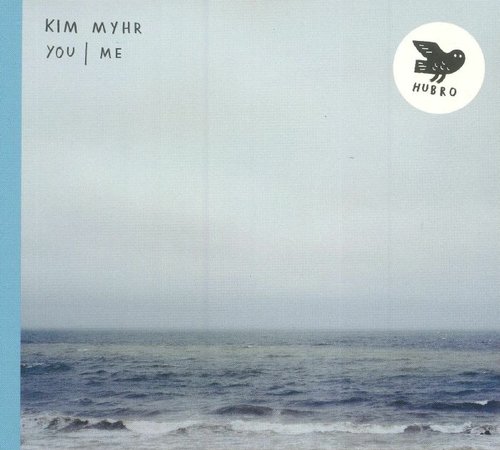 Although Norwegian guitarist and composer Kim Myhr has been closely associated with Trondheim Jazz Orchestra for several years, his solo albums have steadily been gaining ground since his first solo release All Your Limbs Singing (Sofa, 2014). You / Me is his third solo album, his second on Hubro, following 2016's Bloom. Where Myhr was the only musician credited on both of those previous solo albums, on You / Me he shares the credits with three renowned percussionists—Tony Buck of The Necks, Ingar Zach of Hubro labelmates Huntsville and Dans Les Arbres, and Hans Hulbækmo of labelmates Moskus among others.

Remarkably for an album that consists of two tracks—entitled "A" and "B" after the sides of the vinyl version—with a total running time under forty minutes, the studio recording took five months from January to May 2017. The explanation for that mismatch is that the tracks are dense, multi-layered sound collages that were built up by over-laying tracks of Myhr's guitars and electronics on top of rhythmic foundations provided by the three percussionists. While that process produces an ever-shifting, kaleidoscopic soundscape from which different sounds intermittently bubble to the surface, the presence of the percussion provides a constant pulse so that the listener is never left stranded without any point of reference.

While the two tracks were created using the same methodology, they sound distinctly different but similar enough to be from the same source. Myhr is credited with production, but Johnny Skalleberg with mixing, which must have been quite a complex task despite the quality of the ingredients that were being combined into the final dish. The end product is the kind of music that stands up well to repeated listening over a long period as it continually reveals more detail every time. Endlessly fascinating.
Review by John Eyles
Top
Post Reply
1 post • Page 1 of 1