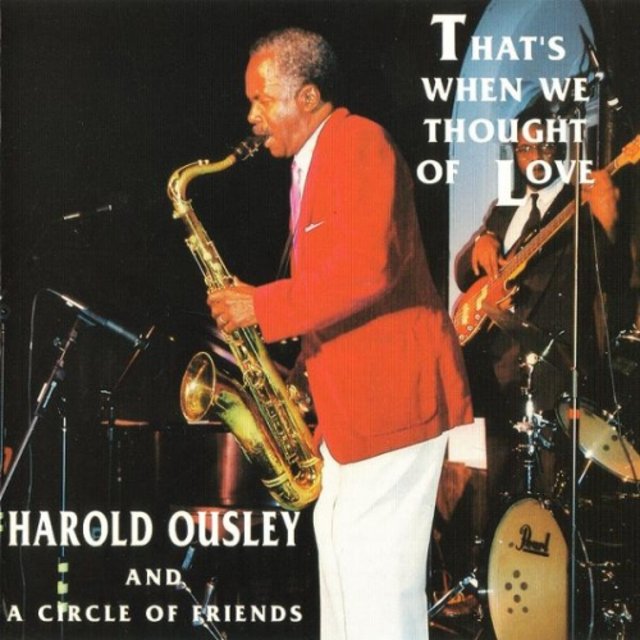 Although Harold Ousley is not a big name in the jazz world and has only recorded sporadically as a leader, the hard bop/soul-jazz musician has backed some major jazz artists over the years. Ousley (who is primarily a tenor saxophonist but has played the flute as a second instrument) was born in Chicago on January 23, 1929, and grew up in the Windy City, where he began playing professionally in the late '40s. Backing vocalists is one of his strengths — he was playing with Billie Holiday at one point, and the late '50s found him backing fellow Chicago native Dinah Washington. Ousley also played with Gene Ammons (another Chicagoan) in the '50s, and in the '60s he was employed as a sideman on albums by Jack McDuff and George Benson. It was also during the '60s that Ousley started recording as a leader; Tenor Sax came out on Bethlehem in 1961, and he recorded some albums for Muse in the '70s (a decade that found him playing in the bands of Lionel Hampton and Count Basie). But when the CD era arrived in the late '80s, none of Ousley's albums were still in print. Ousley had just turned 71 when, in January 2000, he finally returned to the studio as a leader and recorded Grit-Gittin' Feelin' for Delmark.
Top
Post Reply
1 post • Page 1 of 1