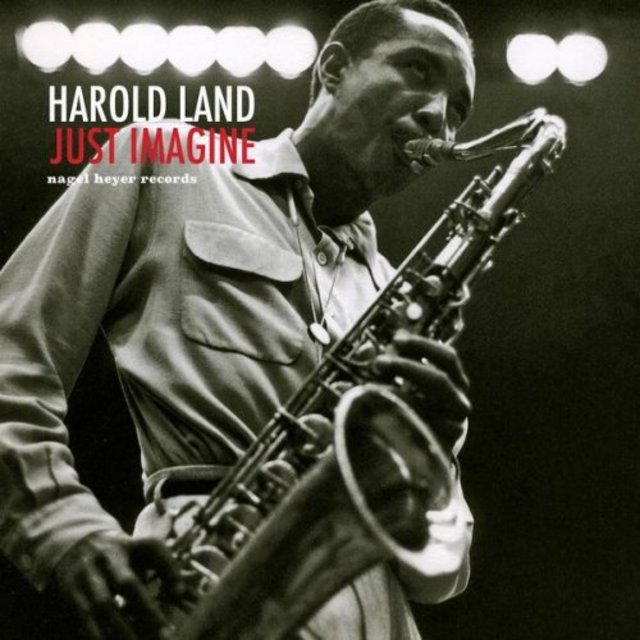 Harold Land was a member of the Max Roach-Clifford Brown quintet in the '50s, and co-led another quintet with Bobby Hutcherson in the late '60s and early '70s. Early in his career, he was noted for a dry tone and rather individualistic approach. During the '60s, Land's tone became harder and his phrasing and style more intense as he incorporated elements of John Coltrane's approach into his style. But Land was first and foremost a hard bop stylist.

Land began playing sax at 16, after his interest in music increased during high school. He initially played in San Diego bands, then moved to Los Angeles. Land's earliest recording experience was for Savoy in 1949, when he cut four tracks with Leon Petties, Froebel Brigham, and others leading the Harold Land All Stars. He joined the Max Roach-Clifford Brown quintet in the early '50s, replacing Teddy Edwards. Land stayed in the group about 18 months, recording with them for EmArcy, then left to play with Curtis Counce. He played with Counce from 1956 to 1958, appearing on Counce dates for Contemporary and Dooto. (He also recorded with Frank Rosolino on a Specialty date that didn't surface until the late '80s, though it was originally done in 1959.)

The FoxLand recorded as a leader on Contemporary in the late '50s, making one of his finest albums, The Fox, with Elmo Hope. He worked often with Gerald Wilson in both the '50s and '60s. Land also divided his time during these decades between heading groups and playing with Red Mitchell. He and Mitchell recorded an album for Atlantic in 1961. There were also dates with Wes Montgomery and Kenny Dorham for Jazzland, and sessions for Imperial and Pacific Jazz. Land played with Carmell Jones, Bud Shank, Leroy Vinnegar, Gary Peacock, Thelonius Monk, and Wilson, among others. He and Hutcherson co-formed a quintet in 1967, and continued until 1971. They recorded for Cadet, Mainstream and Blue Note. Land and Blue Mitchell co-led a quintet from 1975 to 1978, recording for Concord, Impulse and RCA. Land worked with his son Harold Land, Jr. in Wilson's orchestra, and reunited with Hutcherson for a Muse session in the '80s. He continued working and performing into the '90s.
Ron Wynn
Top
Post Reply
1 post • Page 1 of 1