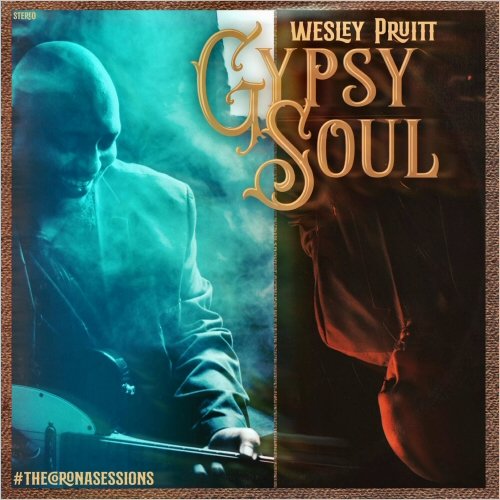 For 20 years, Wesley Pruitt Band has delivered the ups and downs and the ins and outs of love and life, all neatly wrapped in hard-driving blues-rock rhythms.

Through it all, the band leader and namesake, Wesley Pruitt, Jr., never doubted the music would continue to be his professional calling.

As he puts it, “I didn’t know how I was going to be able to climb the ladders and complete this journey, but I knew this is something that I wanted to do the rest of my life.”

The latest part of the journey can be heard on the band’s new album Gypsy Soul, the third full-length release following a debut EP, and the albums Sunrise and Line ‘Em Up. Pruitt describes Gypsy Soul as “a personal story” and reflects the band’s maturing process in recent years.

Looking back on the release of Line ‘Em Up, Pruitt said, “That album was all about saying, ‘This is who we are, we need to be heard, and we’re coming to take all that’s there for us.’ The energy of that album is in there; it’s raw and uncut.”

Gypsy Soul, by comparison, invites the listener to share, relate, and perhaps find healing in the stories the band presents. Pruitt describes the album as “my personal story of eight years told through songs – happiness, triumphs, sadness, heartbreak, depression, darkness, transformation, weeding dead leaves, growing in faith, the law of attraction, affirmation, astrology and all of that.”

“This is what’s been going on for several years, and somebody needs to hear this, and somebody needs to be able to relate and speak through the music as we’re giving it to you,” Pruitt explained. “By the same token, I’m able to put something out there that makes me feel not really compelled to tell, but it makes me feel like I’m actually bringing something out of me that’s needed to be told for a long time.”

It’s that musical communion with the audience that Pruitt says he has grown to appreciate and encourage.

“In the early years, I would hear more things that were more complimentary, the kind of things that will make your head spin. It’s kind of like a test because it made it harder to be humble when people are always boasting and bragging about you.

“Over time, and especially since the last album that we did, I think I grew into something more of where I understood that this is a career, but it’s not about just the financial side of it. Our music heals,” he said.

“When I started to think that way, that’s when I noticed that I would always hear someone say that band is always the one; that whenever we come to a Wesley Pruitt Band show, we always feel better when we leave than how we felt before we got there. Our music is more of healing and more of unity.”

The band plays shows on many weekends in numerous towns and venues throughout Texas. Pruitt says he’s come to appreciate the experience of connecting with those who come to see the band.

The personal stories resonate throughout Gypsy Soul; Pruitt points to the band’s rendition of Chris Stapleton’s “It Takes a Woman” and the instrumental “The Saint and the Son” as prime examples.

“The idea of a whole family, led by myself and having that woman in my life, it just made everything better,” Pruitt said about his inspiration for recording “It Takes a Woman.” “I have learned over the years…learned more about healing and understanding the energy that I put out and that the crowds give back in return and that I put back out, that takes a toll. So, when all of that is gone, I think we all need something there to always have that added jolt of will and want to.”

“The Saint and the Son” is one Pruitt composed to pay tribute to his late father, Wesley Pruitt, Sr., and his 7-year-old son, Xavier. Fatherhood has been one of the most significant transformative factors in Pruitt’s personal and professional life.

“I’m bigger on being able to balance the time,” he said. “I don’t care to be gone as much playing. It’s not a pick-and-choose, but it has to be something to bring us out. I would rather have the time with him (Xavier).

“I think just the sense of having a little one depend on you and look up to you; it’s better for this music career because it’s only about what’s important when it comes to playing these shows and what we’re doing and pursuing a career. If it doesn’t benefit him, then it doesn’t benefit my career,” Pruitt added.

The band recently recorded and released a video for the Line ‘Em Up track “Cocaine and Whiskey” to help create anticipation for the new album. However, Pruitt said he believes Gypsy Soul will be a successful album for all the right reasons, echoed in the band’s theme for this year and the album: #Unity.

“Having to worry about how great this album is going to be or if it’s going to do anything, the stress of that is gone,” he said. “Sure, you want the number one hit and all the streams, but that’s not the reason to make this album.

Although a career in music has its challenges and bands tend to have a short life, Pruitt says having 20 years of both to his name is no surprise to him. He credits his high school band director, Rob Toups, for preparing him for such a life and career.

“I knew then when he put me out in the forefront to play professionally in 1999. By the time it got to where I was putting my name on something, I was already sure I was going to be doing this the rest of my life,” Pruitt said.

Gypsy Soul showcases a significant part of that life and leaves you with the sense that there is much more yet to come.
by Dr. Terry L. Britt
Top
Post Reply
1 post • Page 1 of 1