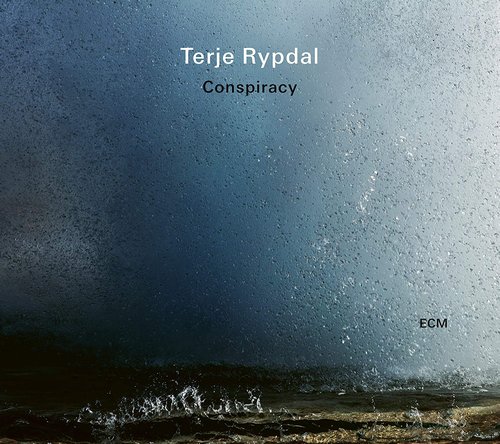 Conspiracy is a striking portrait of Rypdal's three musical personas: guitarist, composer, and improviser. His trademark Stratocaster and its skyward reach are everywhere amid his love of dynamically controlled environments. Unlike his more rock-oriented outings, Rypdal continues to employ the electric guitar as lead instrument in exploratory compositions that rely heavily on sonic resonance and architecture. He defies listeners to find the seam between composition and improvisation. Opener "As If the Ghost … Was Me?" commences with ticking ride cymbals, muted, wafting keys, tympani, and Rypdal's rounded tones in a melodic frame. After Hallre's nebulous entry crisscrossing the fretless influences of Jaco Pastorius and Mark Egan, Storløkken's organ paints the backdrop as Thowsen picks up the tempo and intensity. Rypdal's sharp, edgy, yet warm tone bleeds across them all with a few notes and sustained tones. "What Was I Thinking" is an abstract rubato ballad. Rypdal examines the outer reaches of its melody in economic terms while still playing with a simmering passion as the ensemble traces sound itself around him, framing his lyricism in warmth and poignancy. The title track commences as a slow, processional rocker with middle-register harmonic lines played on guitar in a repetitive pattern. A syncopated snare and a floor tom un-fetter Rypdal's tone amid throbbing bass and squalling organ. The band gets mean, traversing a path that bridges Miles Davis' Tribute to Jack Johnson and Emergency by Tony Williams Lifetime with Larry Young. Rypdal guides it with a razored tone, distorted vamps, and elegant lyricism. "By His Lonesome" is an intriguing ballad with Hallre as principal soloist with gorgeous impressionistic drumming. Most of the eight-minute "Baby Beautiful" is delivered in gloriously abstract ambience with silvery guitar, tinkling bells, hovering keys, and restrained bass before erupting volcanically behind Thowsen's freewheeling drums while Rypdal asserts a tender, aggressive, blues-drenched melody. Storløkken's sensitive organ offers a knotty, percussive, solo amid driving, syncopated drums and a humming bassline. It is among the set's most satisfying selections. The two-minute closer "Dawn" is a coda offered by Storløkken's low, moaning pipe organ that sounds like a lonely foghorn in a midnight sea, adorned only by occasional cymbal washes. As a whole, Conspiracy is a compelling set of musical environments brought forth by Rypdal's gifts for lyricism and improvisation as his band reflect textural imagination and consummate musicality.
Review by Thom Jurek
Top
Post Reply
1 post • Page 1 of 1