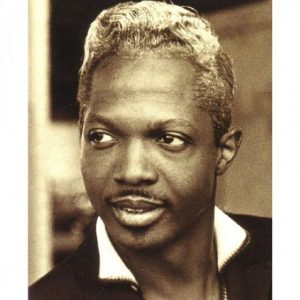 Brother Jack McDuff, was one of the handful of leading exponents of the soul jazz style created on Hammond organ by Jimmy Smith in the late 1950s. The instrument at the heart of the soul jazz style was the Hammond B-3 organ, usually in the company of electric guitar, drums, and often tenor saxophone. The emergence of Jimmy Smith as a major star on the instrument sparked its widespread use in jazz and pop music in the early 1960s, and McDuff was among its most successful practitioners. Its initial popularity in both jazz and rock had peaked by the end of the decade, and it was later largely superseded for a time by more contemporary developments in keyboard technology, but it retained serious cult status among its devotees, and those musicians who still preferred the challenge of actually having to play everything themselves. The instrument has enjoyed an ongoing revival.

Jack McDuff was born Eugene McDuffy, and taught himself to play piano and organ, but later studied for a time at college in Cincinnati. He began playing professionally as a bass player with pianist Denny Zeitlin and reeds player Joe Farrell, then led his own group as a pianist in the Midwest in the early 1950s. He was active in Chicago in the late 1950s, where he played with Johnny Griffin and Max Roach, among others, and was in a group led by tenor saxophonist Willis ‘Gator’ Jackson in 1957-8.

Encouraged by Jackson, he began to concentrate on Hammond organ, and made his recording debut as leader with Brother Jack for Prestige in 1960, the first in a string of classic soul jazz releases for that label. Highlights of that association included “The Honeydripper,” (1961), in which he was joined by tenor saxophonist Jimmy Forrest and guitarist Grant Green (the latter was making his recording debut), and “Brother Jack Meets The Boss,” (1962), in which he was joined by the great Gene Ammons, and “Screamin,” (1962).